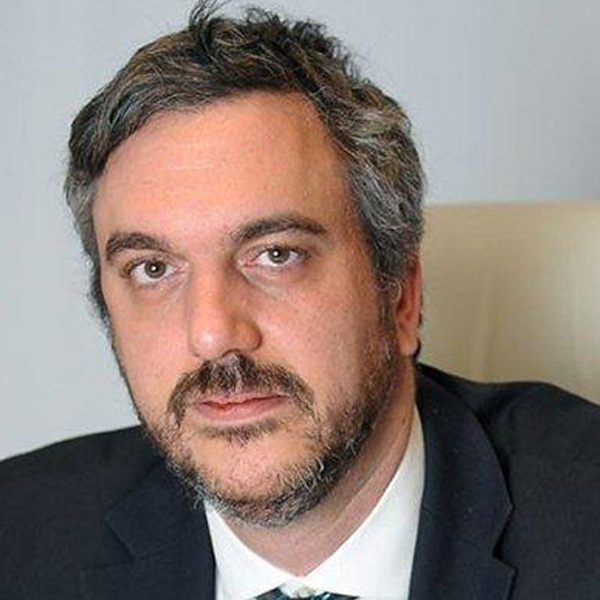 President of the Managing Board

Marko Čadež is President of the Chamber of Commerce and Industry of Serbia (CCIS), President of the Managing Board of the Western Balkan 6 Chamber Investment Forum, a Member of the Board of Eurochambres and Chair of Eurochambres’ Digitalisation Committee.
He was appointed to the position of the CCIS President for the first time in December 2014, from the position of Vice President in charge of the chamber system modernization, and Director of the CCIS Representative Offices in Germany and Austria. In June 2017, the CCIS Assembly entrusted him with a new five-year term of office. He is a Member of the Economic Council of the Development Agency of Serbia. He executed the office of the President of the Managing Board of the Serbian Investment and Export Promotion Agency (SIEPA).
He is an expert on Serbian-German relations and communications, and one of the founders and a Member of the Managing Board of the Serbia-Germany Forum.
He was born on 1 June 1977, in Belgrade. He finished his schooling in Germany, where he graduated from the Academy for Marketing Communications in Frankfurt, in 2001.
From 2003 until his employment in the Chamber of Commerce and Industry of Serbia, he worked for the Embassy of Germany in Belgrade – for almost a decade, as a Spokesman of the Embassy. He was a Coordinator for Serbia and Montenegro of German Deutsche Welle, and Programme Coordinator and Advisor for Political Issues and Communications with the Konrad Adenauer Foundation in Belgrade.
He speaks German and English. 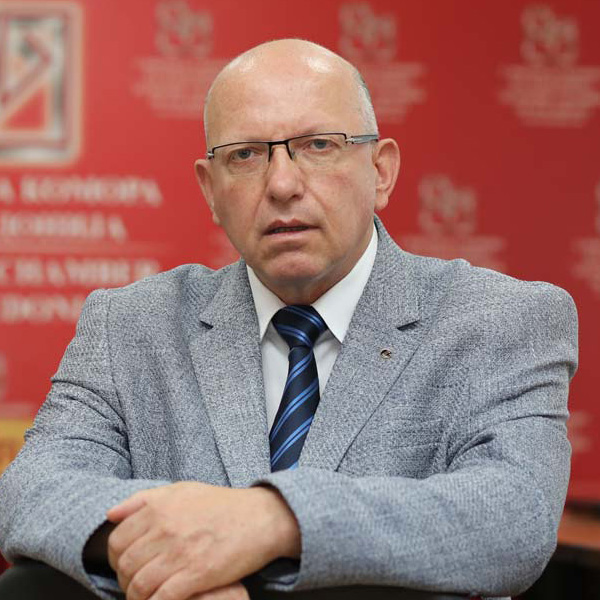 Mr. Branko Azeski is President of the Economic Chamber of Macedonia, Chairman of the Management Board of the Economic Chamber of Macedonia, and Deputy-Chairman of the Western Balkans 6 Chamber Investment Forum. He is member of the Management Board of the consortium Enterprise Europe Network Macedonia, Chief Executive Officer of the association for GS1 standards – GS1 Macedonia and member of the International advisory Board of the Faculty of Economics University of Ljubljana. As of October 2016, Mr. Azeski has been appointed Honorary Consul of Montenegro to the Republic of Macedonia, with a seat in Štip.
He was born on 31 January 1962 in Ohrid. He completed his studies at the Faculty of Law in Skopje, Ss. Cyril and Methodius University of Skopje, Macedonia, obtaining a lawyer’s degree. From 1986 until 1990, he was an active participant in the student and youth movement in Macedonia, and held some of the most important positions in the former Republic of Yugoslavia and in the Republic of Macedonia.
From 1990 until 1994, he was Deputy General Manager at the company AD Sloboda – Ohrid and chaired the company’s Management Board. Between 1994 and 1998, he was General Manager of the Macedonian-German company Sloboda – Merkur and Chairman of the Management Board of the public enterprise Makedonija Pat – Skopje. Between 1998 and 2003, he was appointed General Manager of Aleksandar Palace Hotel – Skopje, and owned the company Hit Plus DOOEL. He has been member of the Supervisory Board of Sparkasse Banka AD – Skopje. Between 2005 and 2013, he was a Representative in the National European Integration Council at the Parliament of the Republic of Macedonia, and has been, and still is, a member of the Council for Public Private Partnership.
He has won numerous awards and recognitions, including: “Best Chamber Manager in the Region of 2013,” awarded by the European Association of Managers – Directorate for Selection of the Best Managers in SEE, and the “Creator of the Century” award in 2016, presented by the International Economic Forum “Perspectives”, Dubrovnik, and “Promoglobal”, Zagreb.
He speaks Macedonian, Serbian and English. 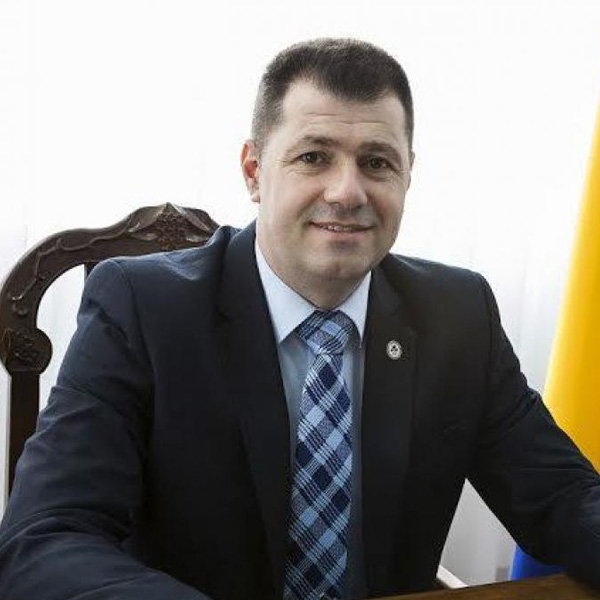 Ahmet Egrlić, was born on October 27th, 1971 and has been living in Kljuc, Bosnia and Herzegovina. He graduated at the Faculty of Economics University Banja Luka. During many years of successful career, Mr. Egrlić has performed managerial functions in several different institutions including Minister for veterans and war invalids in the Government of Unsko-sanski Canton and Director of the Company JP “UKUS” and JKP “RAD” Ključ. In June 2014, Mr. Egrlić was elected for the President of the Foreign Trade Chamber of Bosnia and Herzegovina. At the Chamber’s elections held in 2018th, Mr. Egrlić has been reelected for the mandate 2018-2022. Since 2017, Mr. Egrlić is a member of the Western Balkan Chamber Investment Forum Managing Board.

Mr. Egrlić is husband and a father of four children. 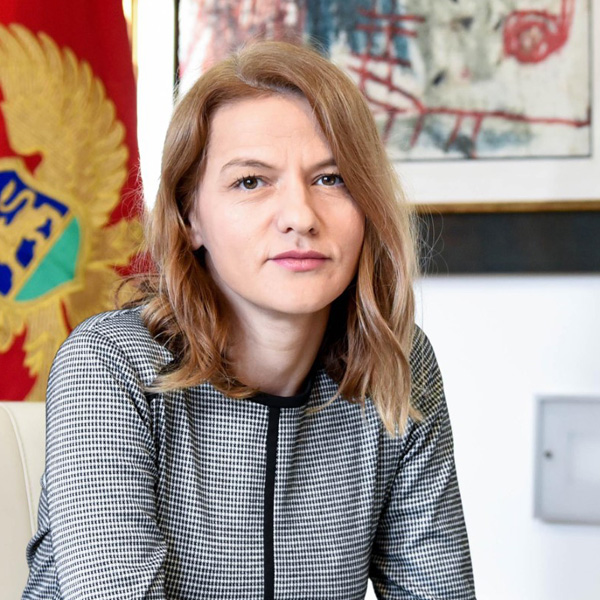 Nina Drakić was born in 1980 in Podgorica, where she completed primary and secondary school. She graduated and obtained her master’s degree at the Faculty of Economics of the University of Montenegro. Ms. Drakić defended her doctoral dissertation in 2017 at the Faculty of International Economics, Finance and Business of the University of Donja Gorica.
In the course of her studies and after the graduation, she attended several specialist courses and seminars, at one of which she was granted the license from the Montenegro Securities and Exchange Commission to perform the broker and investment manager activities, including the license as a corporate governance coach. Furthermore, she has had several professional and study stays abroad, among which her stays in Japan and Turkey can be singled out.
After the graduation, she worked for seven years on the USAID project “Montenegro’s Accession to the World Trade Organization”, providing the technical assistance to the Government of Montenegro in the process of joining this international organization. In addition, she has been repeatedly engaged as an expert on projects of the World Bank, GIZ and UNDP.
Since 2010, she has been working in the Chamber of Economy of Montenegro, where so far she has covered the positions of the Secretary of the Trade Association Board, Director of the Research and Analysis Department, Advisor to the President, Vice President and the Acting President of the Chamber.
Nina Drakić, PhD, is an author and co-author of numerous economic analyzes and she participated in the implementation of a number of international projects.
She is a member of several Government’s working bodies, in which she represents the business community, while also giving her contribution to the process of negotiations between Montenegro and the European Union, as a member of the working groups for the negotiation chapters 16-Taxation and 30-External relations.
On 17th December 2021, the Assembly of the Chamber of Economy of Montenegro elected Nina Drakić as the new President of this Associati 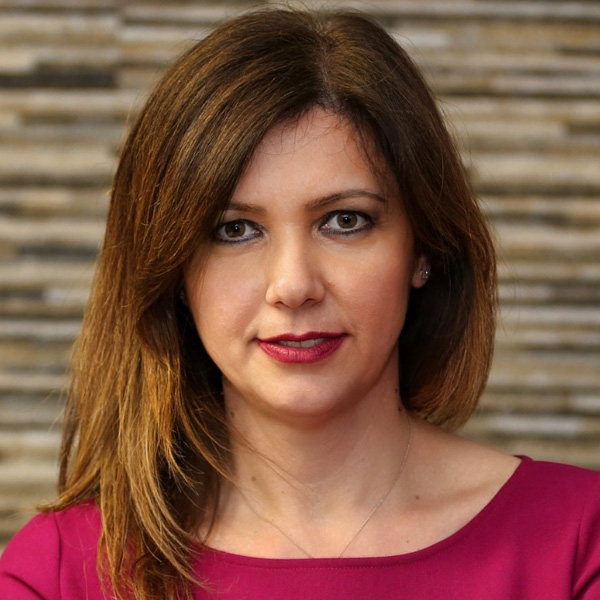 Ines Muçostepa was born in Tirana, Albania. In 1993 finished her study at University of Tirana, Law Faculty. In 2002 has finished University of “La Sapienza”, Rome, Italy, Law Faculty, Law Degree in Constitutional Law, thesis “The Albanian Constitution”. In 2003 has qualified with lawyer degree (Avokat) from Albanian Bar Association and 2006 has qualified with lawyer degree (Avvocato) from Milan Bar Association. Ms. Muçostepa from 2002-2007 has been working in Palmieri Law Firm, Milan, Italy, as a Second Lawyer in litigations concerning immigration matters. From 2006-2009 has worked as legal adviser and Mediator in commercial agreements near to Albanian – Italian Chamber of Commerce in Milan. From 2009 – present she works as legal representative of “Albacall” sha.
Since July 2015 she works as President of the Union of Chambers of Commerce and Industry of Albania (UCCIAL). From 2015 – present, she is member of the board of the Agency for Research, Technology and Innovation (AKTI), member of the Council of Consumer Protection, member of (COD) Centre for Openness and dialogue, member of the board of Directors of Council of Albanian Investment Development Agency (AIDA) and managing board of Chambers Investment Forum of Western Balkan (CIF). From 2016 – present, she is a member of the European Parliament of Enterprises.
From 2017- present, she is the Chairwoman of National Copyright Council, Member of the Stock exchange of titles “ALSE” and from 2018, she is a member of the National Trade Facilitation Committee. 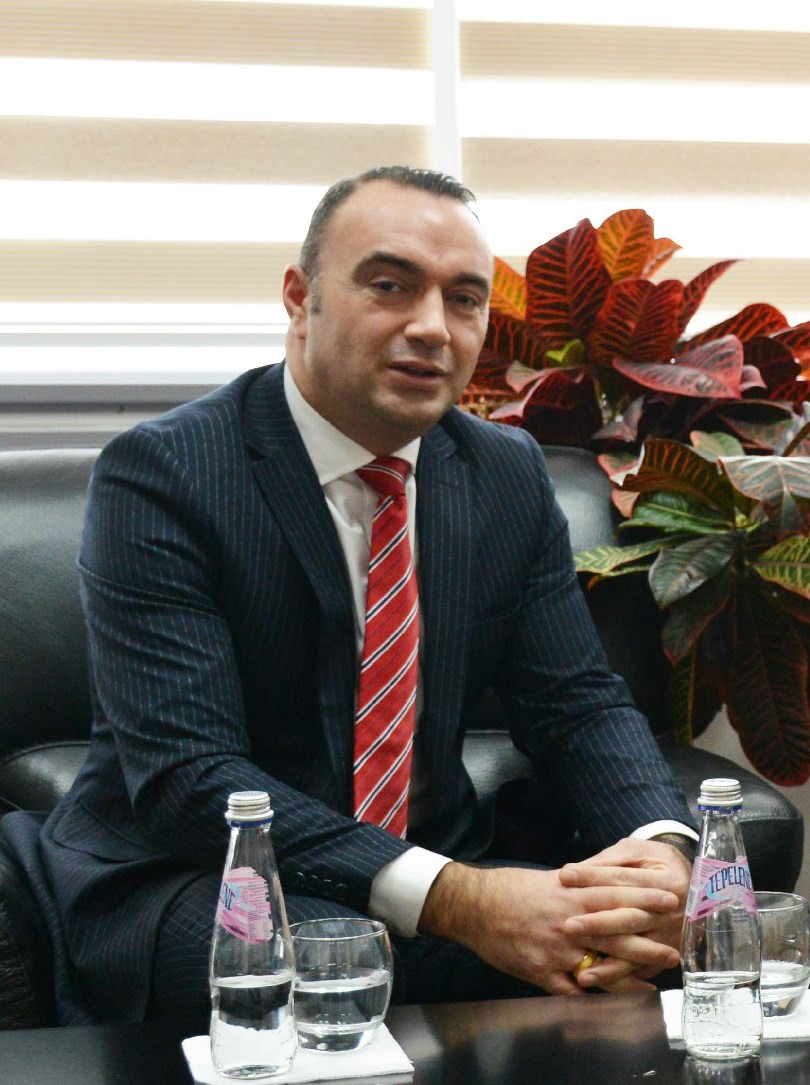 Lulzim Rafuna is elected a new President of Kosovo Chamber of Commerce. His long working experience and academic background made him appropriate candidate to this position. Mr. Lulzim Rafuna held and served in diverse positions at different Kosovo institution. Prior to being elected President of Kosovo Chamber of Commerce, he served as the Advisor to the Director of Customs of Kosovo on Customs Policies.
In 2020, January to March, Mr. Rafuna was appointed Minister of Finance of the Republic of Kosovo.
In September 2017 to December 2019, he served as Advisor to the Minister of Finance on fiscal politics, legal opinions, international agreement and customs policy.
As of February 2017, to March 2020, Mr. Rafuna held the position of Advisor to the Prime Minister of Albania on Customs and Taxes. Thus, he worked as advisor to the Prime Minister on customs and tax reforms, drafting of the program on reforms in customs and taxes, implementation of the reform program with Directors
of two administrations

In the period between 2013 – 2016, he was select General Director of Kosovo Customs which involved management and development of Kosovo Customs, achieving strategic objectives for the state, revenue collection, protection of the citizens of Kosovo, trade facilitation and combating smuggling and fiscal evasion.

Lulzim Rafuna has been a lecturer in certain private colleges in Kosovo.
He speaks Albanian, English, Italian and Serbian