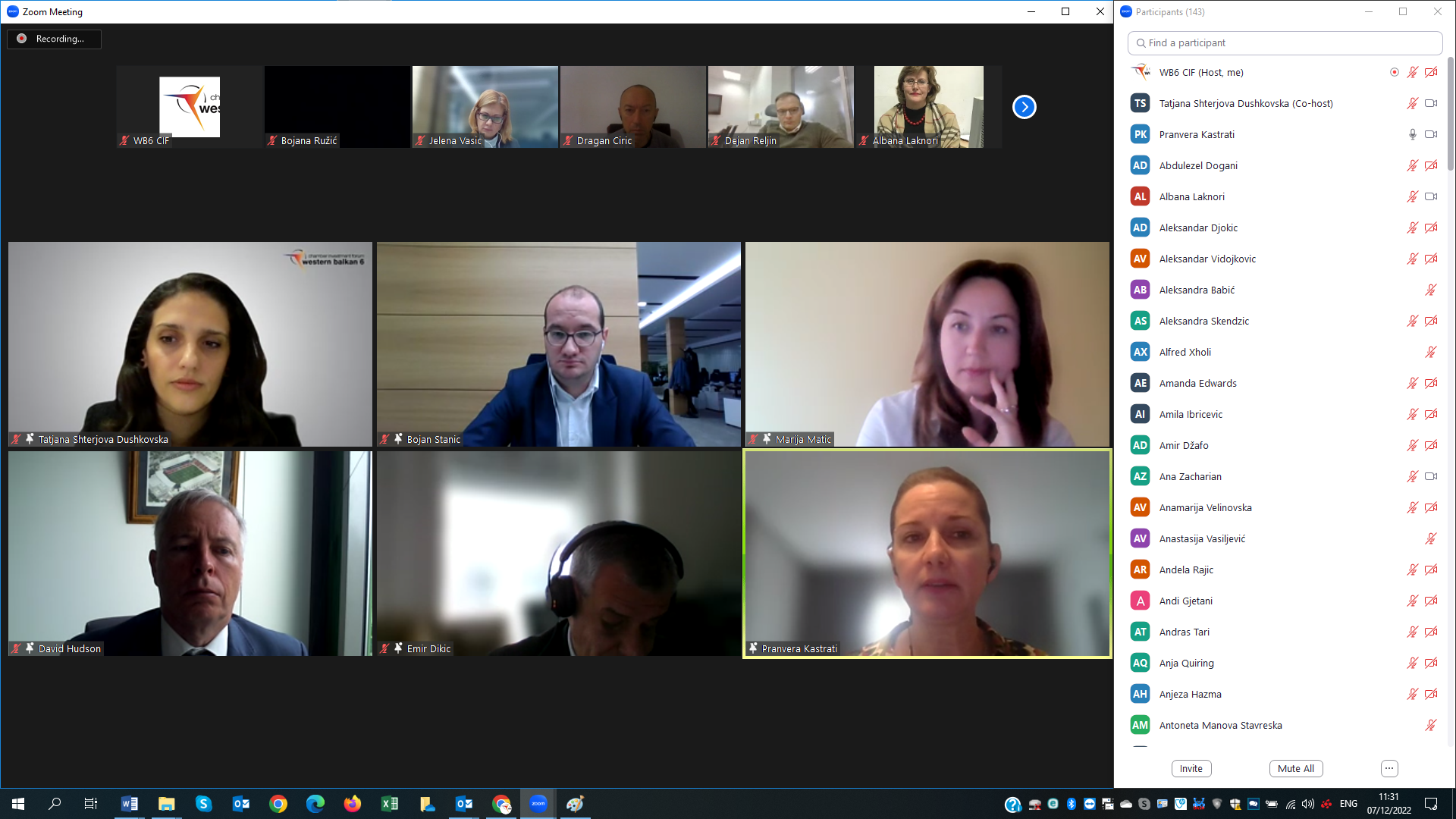 Four freedoms for faster development of the Western Balkans

For the stronger development of the Western Balkans (WB) region, it is important to facilitate the flow of goods, capital, services and people in the coming period, to reduce waiting time at the borders, as well as to create regional strategies for the development of the energy sector and the food industry for the next 10 years. These are the recommendations of the WB business community concluded from a survey which was conducted by the Western Balkans 6 Chamber Investment Forum (WB6 CIF) and in which their opinion gave 1150 companies from the region on the implementation of the Common Regional Market Action Plan (2021-2024).

Mr. Bojan Stanic, Deputy Director of the Sector for Strategic Analysis, Services and Internationalization in the Chamber of Commerce and Industry of Serbia (CCIS), pointed out that 55 percent of the companies that participated in the survey believe that the flow of goods at the border crossings should be accelerated, while 21 percent of them believe that efficiency of border services is better compared to the previous year. “The economies of the Western Balkans recorded significant growth in 2021, but in the upcoming period, the geopolitical crisis, negative demographic trends and a possible recession in the European market can slow down economic development,” says Bojan Stanic.

For the competitiveness of companies in the region, it is important to support them through the development of financial instruments for small and medium-sized enterprises, the creation of reliable supply chains, as well as the use of opportunities offered by the relocation of production of large European companies to the Western Balkans region, added Mr. Stanic.

Ms. Tatjana Shterjova Dushkovska, Secretary General of the WB6 CIF, pointed out that this association is constantly working on the inclusion of companies in regional supply chains and cited as an example the Market Access platform, which has over 2,000 mapped companies. “It is important to monitor how much the operating costs of companies in the region are reduced, because this is a common goal for all of us, and it is of great importance that the private sector participates in all activities and phases of the implementation of the Action Plan,” Ms. Dushkovska points out.

Mr. David Hudson from the Directorate-General for Neighbourhood and Enlargement Negotiations (DG NEAR) pointed out that a region is as strong as much as its companies are. He pointed to political stability and strong support from administrations in the region as important prerequisites for economic development.

The presentation of the report on the implementation of the Common Regional Market Action Plan (2021-2024) was attended by more than 160 representatives of companies and institutions from the Western Balkan region.