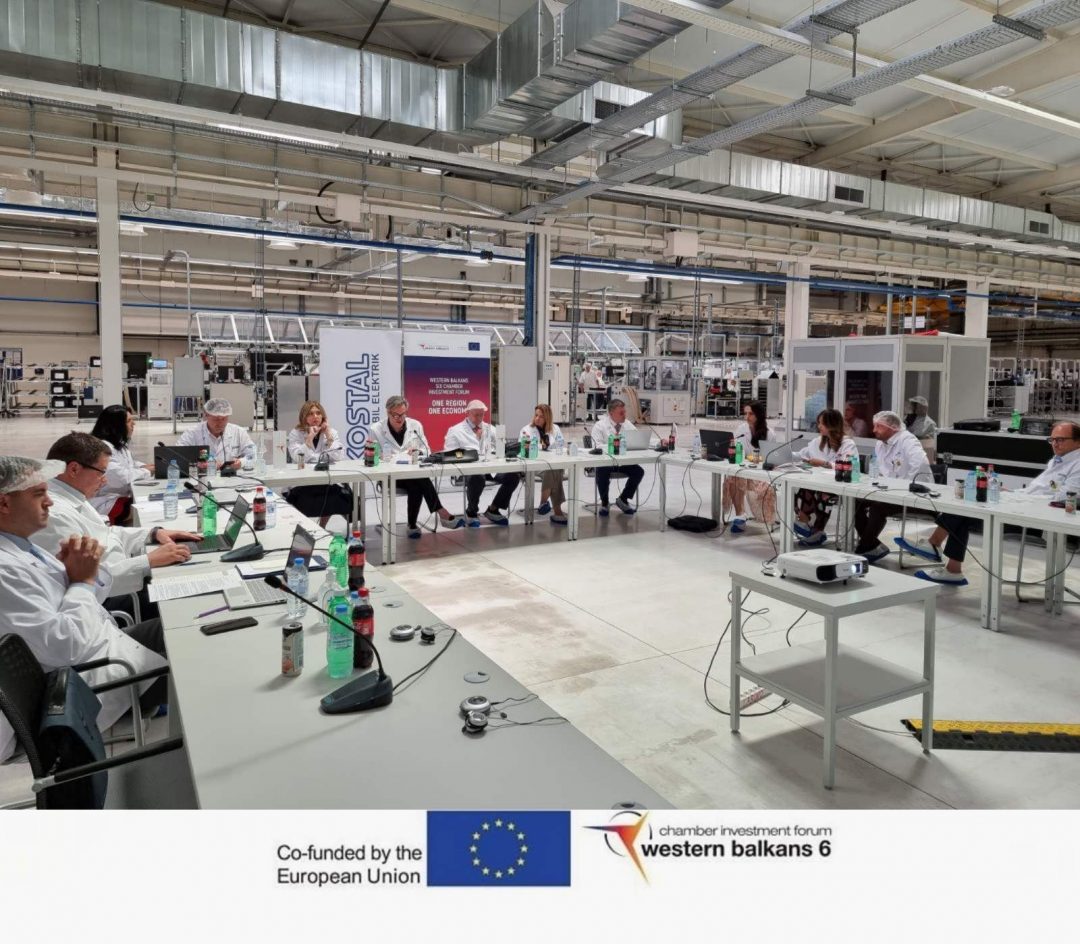 Regional initiatives such as the Western Balkans 6 Chamber Investment Forum (WB6 CIF) are the best way to strengthen economic cooperation and the growth of Western Balkan economies, improve the business climate, attract foreign investment and increase employment, but also an effective response to the major challenges facing the global economy, said Marko Čadež, the President of the Chamber of Commerce and Industry of Serbia (CCIS), today in Ohrid, where he visited company Kostal Macedonia.

It is this company, its products – highly complex electrical parts for the automotive industry all over the world and suppliers from the entire region, that are the best confirmation of what regional economic cooperation means”, said Čadež. He points out that it is important to remove all barriers between economies in the region because then companies can work much more, and produce and employ more people.

Branko Azeski, President of the Chamber of Economy of North Macedonia, said that political support at the highest level is important for economic integration in the Western Balkans..

He reminded that 160 engineers work in Kostal Macedonia and that they are looking for new highly qualified professionals, while mutual recognition of qualifications and a unique common work permit in the region would enable the employment of new engineers.

A meeting of the Management Board of the Western Balkans 6 Chamber Investment Forum (WB6 CIF) was held at the company, where important topics aimed at strengthening regional cooperation were discussed.

The regional chamber gathers six chambers of commerce of the Western Balkans and represents about 350,000 companies, mostly small and medium-sized enterprises, with the aim of providing a common voice to the business community, strengthening and improving contacts among businessmen, promoting the region as an investment destination.

Marko Čadež, President of the Management Board, and representatives of WB6 CIF are expected to have talks with the Prime Minister of North Macedonia, Dimitar Kovačevski, in Ohrid tonight.