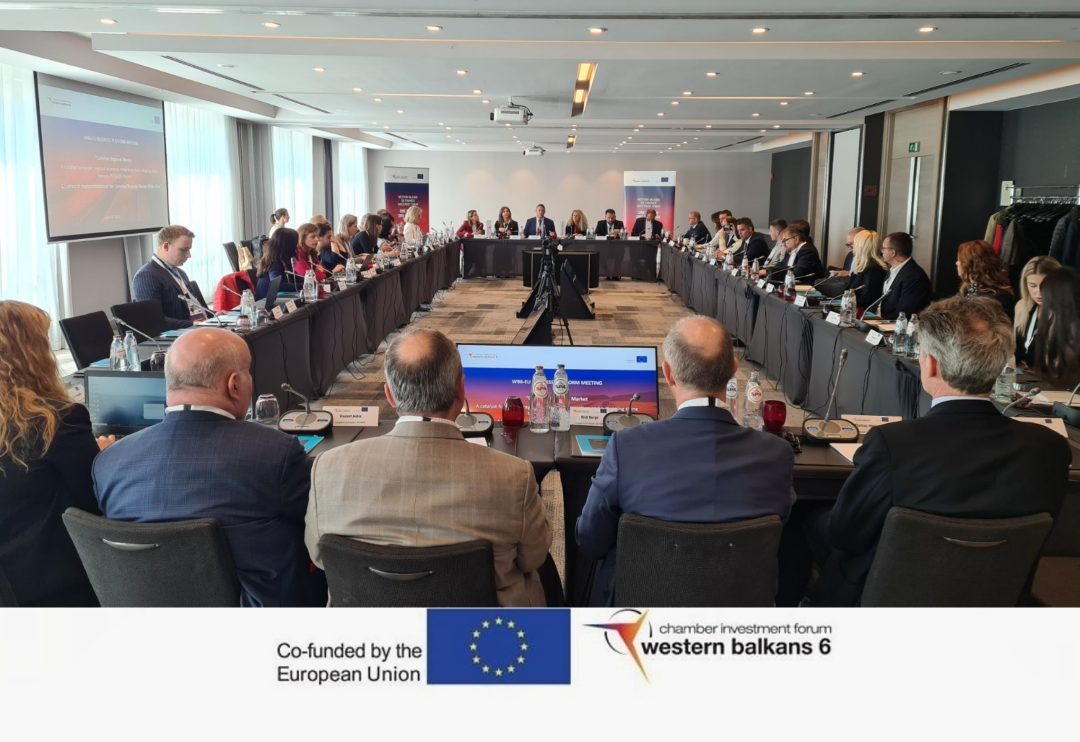 The meeting was specially dedicated to current state of play of the Common Regional Market Action Plan (CRM AP) and achieved results. The event ensured a continued and structured dialogue between EU decision makers and the WB6 business community represented by the WB6 CIF Business Council. The goal of the meeting was to bring together EU officials, business representatives and other relevant stakeholders in order to bring forth a number of initiatives and through the dialogue with decision makers ensure political support for their implementation. In addition the main role of the event is to convey the message to the public in the Western Balkans and the EU that enlargement creates direct benefits for companies and citizens of the acceding countries. The main topics that was tackled during the round table were related to the expectations of the Western Balkans business community related to the implementation of the CRM AP as well as to their views on how to enable faster integration of the region into the EU single market, which we believe is a long overdue process.

The role of the Council is also to promote a direct dialogue between the business community of the Western Balkans and EU decision makers and other stakeholders in the process of integrating the Western Balkans into the EU, in order to facilitate the creation of the Common Regional Market and ultimately see the region fully integrated in the EU as a whole.

On a less political level, identified problems and opportunities are pushed up on the agenda of the administration and discussed further in additional consultations with Western Balkan SMEs in the respective sectors.