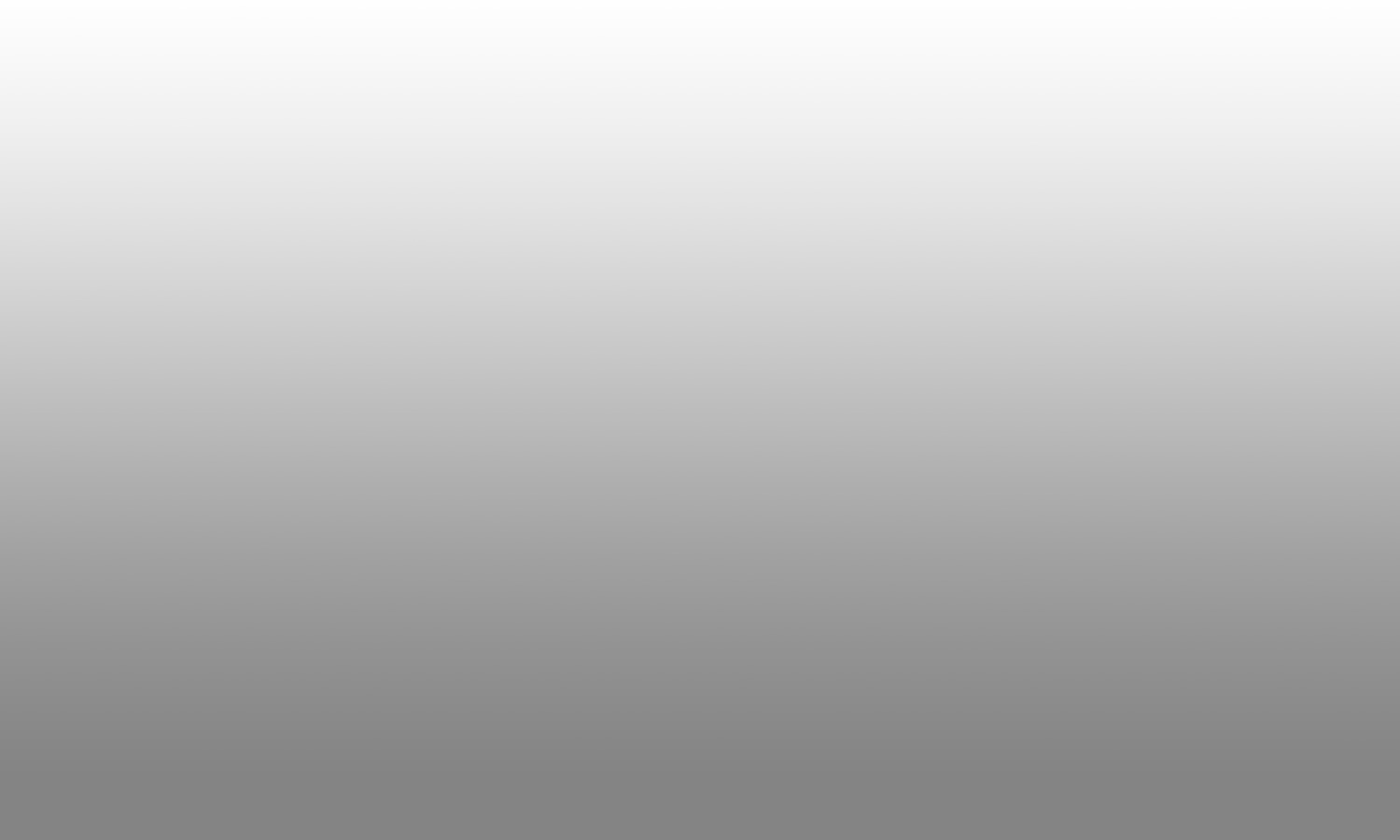 The escalation of conflict between Russia and Ukraine is reflected to the Western Balkans companies through three channels. The first is energy and food prices (oil and gas, wheat, corn, animal feed), as these are input raw materials in the production process. Russia and Ukraine are the main energy producers and suppliers (40% of gas consumption in the EU and 27% of oil is from Russia). Increased oil and gas prices could significantly reduce EU economic growth, especially the countries that are the leading trade Western Balkans partners, which will affect all individual economies in the region. Russia is the world’s largest exporter of wheat with 18% of world exports, and together with Ukraine it accounts for over 25.4% of world wheat exports. Ukraine and Russia produce rare metals used for processors (in automotive and computer industries). The negative impact of this channel has already been felt through rising food prices and the fact that there are not enough materials and basic elements for production in the automotive industry. The second channel is through reduced growth prospect for Western European countries, and thus reduced demand, which will affect the export of all Western Balkan economies. The third channel of influence is direct and that is trade, i.e. exchange of goods with Russia and Ukraine. The effects of this channel have already being felt especially for individual trading companies and may lead to the interruption of production and reduced profitability.

The situation in the world is complicated by the intensification of the crisis in Ukraine, and international institutions indicate that the growth of the global economy will be significantly slowed down and that the previously projected growth rates will not be reached. The leading factors of the crisis are high inflation, energy crisis, political risks and restrictions on foreign trade. The consequences will be felt all over the world. Sanctions imposed on Russia by Western countries, such as the exclusion of certain Russian banks from the SWIFT system, the restriction of airspace for Russian aircrafts, the mass exodus of foreign capital from Russia, and others, indirectly affect the economic partners of Russian companies, facing numerous business barriers. World stock exchanges react to these events and almost every day the high volatility of key world commodities is expressed (“global commodities”), on which the global economy depends. Taking into account that Russia is one of the main suppliers of raw materials in the world, there is a high probability of interruptions in global supply chains, especially in the energy, food and metal sector. The prices of energy and cereals were at an all-time high, although in recent days there has been a consolidation after the announcements of Russian and Ukrainian officials that the whole situation could be resolved through diplomacy channels.

The economic impact of the crisis in Ukraine and the sanctions to which the Russian Federation is exposed by the EU are negatively affecting the economies of the Western Balkans, and the negative effects were reflected in a much shorter time than during the 2007 Global Economic Crisis and pandemic caused by coronavirus. Apart from the fact that cereals from these countries are imported to the Western Balkans, as well as energy from Russia, the extent to which the crisis will affect the economy of the Western Balkans will depend on the duration of the crisis, import of energy and further inflationary pressures. Although the macroeconomic situation at the end of February 2022 was sustainable, all economies are facing great uncertainty regarding the further operation of their economies, especially due to the daily rise of prices of leading stock products, interruptions in supply chains and inability to plan activities for the next period.

The main risk is a further increase of energy, natural gas and oil prices, to which all economies are exposed, and which affect the growth of inflation. High prices of fertilizers also affect the rise of prices of agricultural and food products. Inflation reduces the purchasing power of the population, which will be reflected in the reduction of personal consumption, which is the main component of the GDP of the Western Balkans. The increase in transport costs is an additional risk for the business of companies in the region.

According to the WIIW1 projection from January this year, the Western Balkans could achieve a GDP growth of 4.2% in 2022 (3.9% in 2023), after a growth of 7% in the previous year. Yet, it is expected that the growth rate for the current and next year will be revised downwards, due to the consequences of the current situation. The rise in inflationary pressures, primarily driven by higher energy and food prices across Europe and the whole world, has also affected the economies of the Western Balkans, where inflation rose in March 2022. Further growth of the oil price would also lead to an increased deficit of the current account (balance of payments) in all WB6 economies, as well as to an increase in the foreign trade deficit. In addition to energy, there is a lot of pressure due to the events in Ukraine on the food sector on WB6, because the prices of cereals and basic agricultural products (fertilizers, ammonia, etc.) have seen unprecedented growth in recent months. High prices of mineral fertilizers represent a huge issue to the farmers, given the fact that the needs are mostly met by imports when it comes to this product. The crisis in Ukraine will also reflect on the upcoming tourist season in the region, with the contribution of the tourism industry to gross value added being the highest in Montenegro and Albania, with foreign tourists accounting for as much as 89% of tourism spending in Montenegro and 77% in Albania.

The crisis in Ukraine may also indirectly affect the allocation of foreign direct investments. Companies that are leaving Russia for political reasons are reducing or shutting down their production facilities and business operations throughout Russia and may look for alternative locations for their facilities, and one of the geographical and economic solutions can be the Western Balkans region. Also, a large number of foreign, multinational companies operate in the Western Balkans and conduct their business activities in Russia. These companies are forced to seek other business strategies that include finding alternative markets. Many companies are reducing production volume and operating with lower capacity utilization, introducing non-working days during the working week.

Export of the Western Balkans to the markets of Ukraine and Russia amount to about 1 billion EUR, while imports reach 2 billion EUR, with a deficit in trade, due to significant imports of energy and ores. Although the foreign trade of the Western Balkans in January 2022 was increased compared to January of the previous year, based on daily communication with businessmen, it is certain that the impact of the crisis will be expressed through limited values ​​of exports and imports for February and March this year. The crisis has mostly affected those who are exporting fruits and vegetables to the Russian market (the largest exports are from Serbia and North Macedonia). Exporters of medical and pharmaceutical products are particularly affected (BIH, NMK and SRB), as well as producers of textile, producers of chemicals and metal industries throughout the Western Balkans region, especially those whose exports are not diversified. The chemical and metal industries are additionally affected on the import side, i.e. companies that use imported raw materials from countries in the crisis area.

Having in mind the critical situation in Ukraine as well as the blockade of almost all border crossings, foreign trade with Ukraine is practically impossible. On the other hand, due to the uncertainty about the further passability of the Russian border with EU countries, as well as due to the situation on the Black Sea, the availability of products through logistics points close to the Russian market is becoming more limited.

The main regional trading partner for export in goods is the European Union (27), where 68% of goods were exported. The structure of export products from the Western Balkans region to the EU was the same each year, and just with a little variation in value of export. The main export products to the EU were manufactured products (39% of total export) and machinery and transport equipment (30%). These two categories of commodities were the most frequent in total import from EU(27), with a share of 32% and 30%, respectively. Import from EU(27) is about 55% of total Western Balkans import.

Chambers of Commerce of the Western Balkan economies, through daily communication with businessmen and insight into the problems faced by companies, provide their members with important and up-to-date information through direct communication, through portals and in cooperation with partner institutions.

In addition to problems in procurement, delays in transport, daily prices increase, one of the challenges is finding alternative markets, with which companies would ensure the sustainability of their businesses. Redefining supply chains and finding alternative markets is a process that requires time and intensification of activities with the competent institutions in the country. The leading trading partners are EU member states (27), which include 68% of merchandise exports, with the need to explore the potential of non-European markets such as North Africa, the Middle East, Asia and South America. Finding new markets and intensifying cooperation is important not only from the aspect of trade and exchange of services, but also attracting new investors. In that regard, chambers are working on preparation and implementation of new services and agreements on free trade and mutual encouragement of investments.