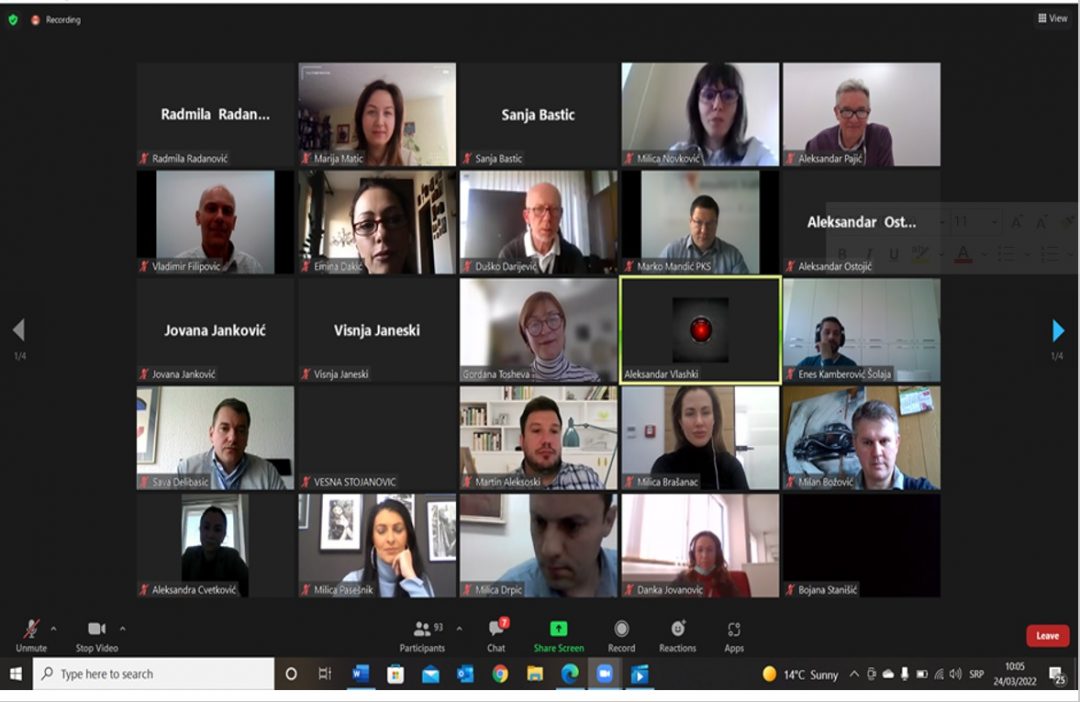 Within the series of events organized by the USAID EDGE Project (Economic Development, Governance and Enterprise Growth) in cooperation with the Western Balkan 6 Chamber Investment Forum, Chamber of Commerce and Industry of Serbia, and with the support of the Customs Administration, online Workshop on implementation valid and revised rules on preferential origin of goods in accordance with the PEM Convention in the Republic of Serbia was organized on March 24, 2022.

The main goal of the workshop was to facilitate the implementation of the revised rules of origin by raising awareness of companies about specific changes introduced by the new simplified rules for determining the preferential origin of goods, benefits for the private sector and their application in practice.

A series of workshops is being held in other CEFTA members as part of support for the implementation of the revised rules of origin, while the one held in the Republic of Serbia contained two lectures given by the expert for customs affairs from the Milsped group Aleksandar Pajić and the head of the Department of Origin and Value of Goods, Customs Administration of the Republic of Serbia, Vladimir Filipović. The online webinar was divided into two thematic units that dealt with the role of the PEM Convention in the implementation of free trade agreements within the PEM zone and the process of its revision, as well as innovations in the application of rules of origin introduced with amendments to the PEM Convention.

The lecturers acquainted the companies with the role, structure and content of the regional PEM Convention, which is the basic legal instrument for regulating the rules and procedures for determining the origin of goods traded in accordance with free trade agreements concluded by Serbia with the European Union, EFTA and CEFTA countries, Turkey and the United Kingdom. The companies were informed about the process of revising the PEM Convention and the agreed changes in the direction of simplifying and facilitating the application of the rules on determining the origin of goods, as well as the manner of their application in the Republic of Serbia.

The workshop concluded with a constructive and open discussion of the participants with the lecturers who on this occasion had the opportunity to ask unlimited questions in order to clarify various aspects of the application of the revised rules of origin.