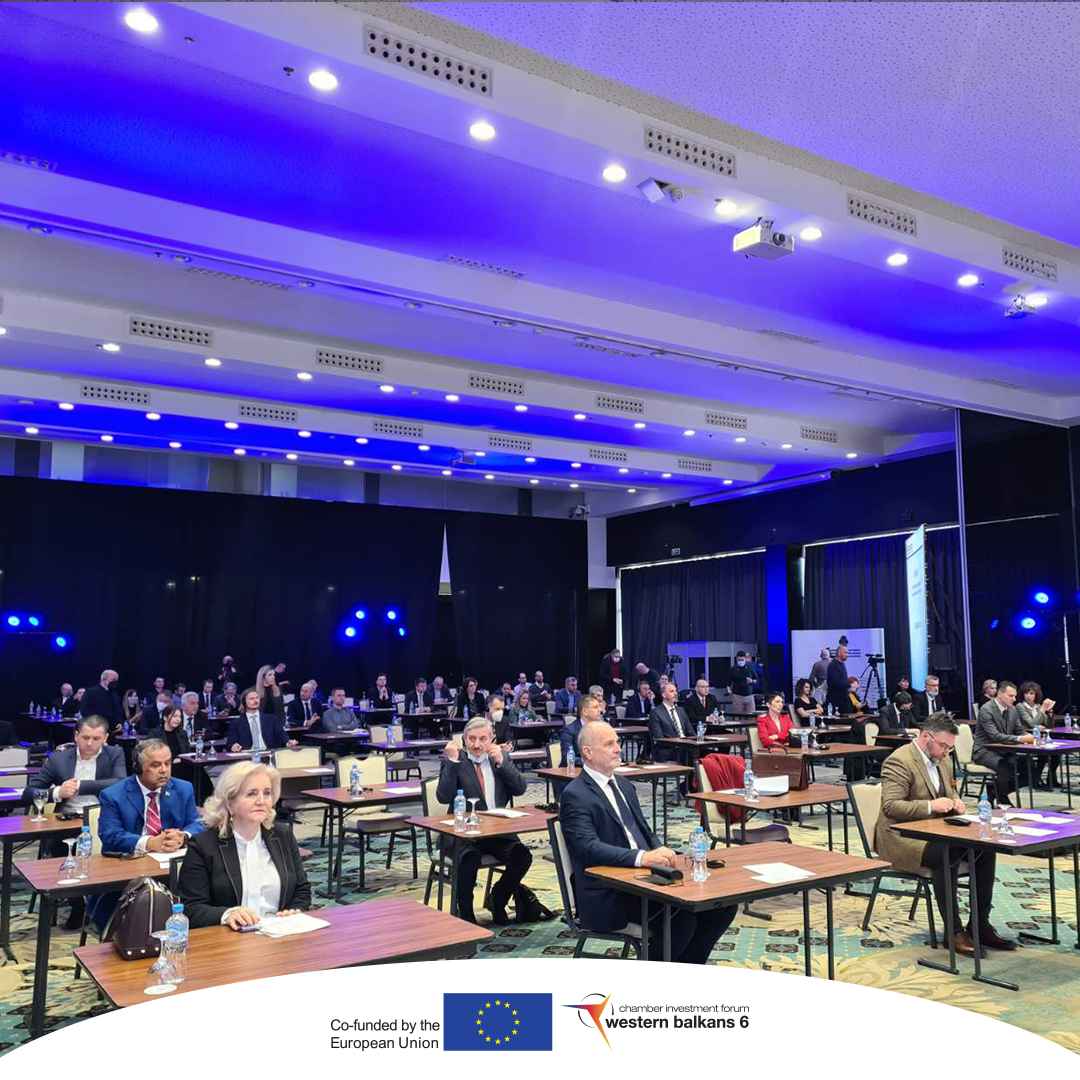 The Foreign Trade Chamber of Bosnia and Herzegovina traditionally organized presentation of Bosnia and Herzegovina foreign trade exchange with the world, which was held on February 15th, in Hotel Hills. The event was attended by more than 80 representatives of embassies, domestic and international likewise institutions, representatives of more than 22 associations operating within the Chamber.

At the very beginning, the President of the Foreign Trade Chamber of BiH Ahmet Egrlić greeted and addressed the audience, saying that 2021 was a relatively successful business year, marked by export growth, exit from recession, and that the B&H economy followed the trends of its most important market,  EU market.

Mr. Egrlic pointed out: “B&H participated in foreign trade with the EU with 72.1% of exports and 65.8% of imports. Our main foreign trade partner is Croatia, with which we have the largest volume of exchange. When it comes to the coverage of imports by exports, Germany and Austria are still in the lead, and we are recording a surplus.”

In the introductory part, the Minister of Foreign Trade and Economic Relations of B&H Staša Košarac addressed the audience, pointing out the need to open new markets for product placement, emphasizing that this is one of the best measures to protect domestic production.

The current data of the exchange were presented to the audience by the Vice – President of the Chamber  Vjekoslav Vukovic, PhD, who said that exports to the EU more than 72% points to the fact that the quality of goods produced in B&H is extremely high when it comes to European standards, and noted that every 10 KM of exports from BiH, 7.2 KM go to the EU.

Namely, with the signing of the agreement between the European Commission and the Western Balkans Chamber of Investment Forum (CIF WB6) in Tirana, on December 19, 2019, a three-year project to support small and medium enterprises in our region began, for which the EU allocated 2.5 million euros. Small and medium-sized companies from all six Western Balkan economies, within the project of improving the competitiveness of the region’s economies, will have concrete support to improve production and export capacities and increase the placement of goods and services on the regional and world markets. Within the project, special attention was paid to the establishment and better functioning of regional cooperation, and the Chamber of Investment Forum launched a program to support regional supply chains within the Action Plan for the establishment of the common market. The program has designed a series of events for companies and created two free platforms through which companies can find business partners, procure appropriate products or obtain information on entering new markets.