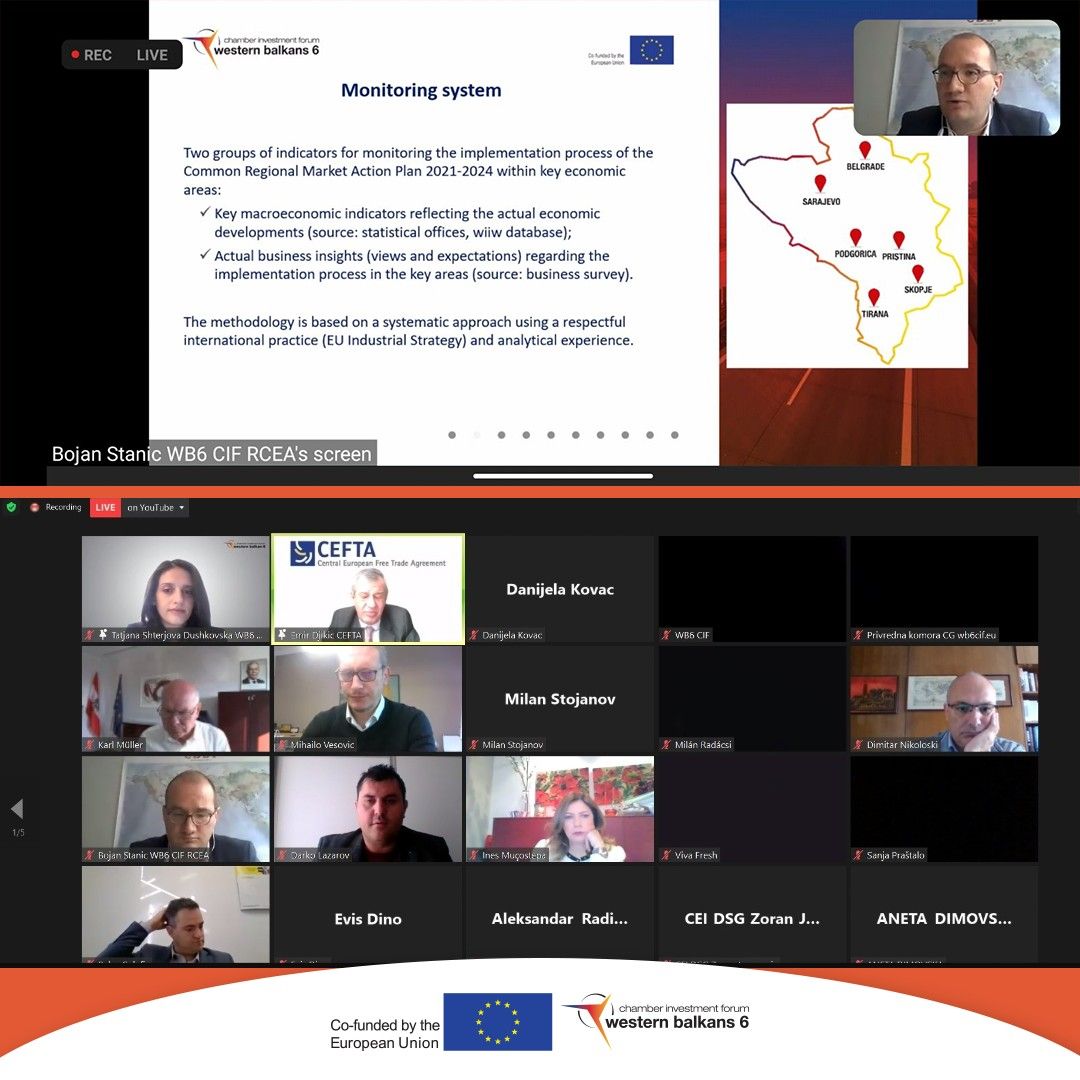 Companies lack detailed information on all issues related to the Green Agenda for the WB, and are in need of capacity building in these areas, and activities in this regard directed towards the business community from the Western Balkans should be given additional support in the forthcoming period.
Regarding the digital readiness, the survey shows that companies reported need for acceleration of digitalization process in foreign trade business (customs, border crossings, economy). Main business comments stresses need for digitization of administrative procedures, especially in areas where paperwork is required. Further support for business in the WB6 region should include digital transformation and encouraging e-commerce to facilitate entry into other markets.
The results from the conducted survey indicate that companies are mostly oriented towards business conditions in the domestic market, and potentials of interregional cooperation have not been used to the full capacity. Data confirms that the issue of securing access to finance still remains the first key concern for the region’s businesses, whilst the issues of availability and costs of the resources are still ranked high on the list, with striking 2/3 of the surveyed importing companies state finding no domestic production as a reason for import, confirming that in the following time-frame the activities for implementation of the Regional Supplier Development Program lead by the WB6 CIF, aimed at better linking regional businesses in supply chains, with potential focus on developing joint regional final products, should be further supported.
After the presentation, Mr. Tatjana Dushkovska invited participants to an open discussion as an opportunity to ask questions and also to give some comments on the Report. She has also thanked to all the acters engaged in the realization and preparation of such and valuable Report as this one is.
Mrs. Olga van Zijverden used the opportunity and refer to the recently published Nearshoring Study which main take-aways would be that the Western Balkan economies can indeed benefit from near-shoring trends in the post-pandemic world, but their governments will have to take a very active role and use available policy levers in a sensible way to achieve that. Near-shoring to countries and regions closer to Western Europe is likely to emerge after the pandemic. Even if it turns out to be on a smaller scale, it can still have a major impact on the Western Balkan economies due to their small sizes. And the surveys undertaken as part of this study show that th. Western Balkan economies appeal to Western European companies, not just because of their good geographical locations and competitive wage levels, but also because of ‘soft’ factors such as cultural proximity and the reputation of their workers as skilled and hard-working. But in order to enhance their potential in the post-pandemic world, the analysis shows that Western Balkan economies could benefit from maximizing their strong sides, and minimizing their weaknesses.
Mr. Darko Lazarov, Professor at the Faculty of Economics in Stip, also took part in the discussion and said that the document reflects the state of the economic, especially business environment at the regional level. Conclusions and recommendations based on the analysis are a useful guide for decision makers to improve the business environment in the region, as well as to work on policies that will accelerate the process of integration of countries in the region, but also the process of integration into the global supply chain. According to Mr. Lazarov, these problems are very important for decision makers, especially the fact of lack of production capacity and poor competitiveness. Limited production capacity is a major problem. In this context, one of the suggestions is to conduct research on sectors whose products are poorly or not represented in domestic production, to make a list of products that domestic producers could produce. Governments in the region should be more involved in the research process, to support companies in expanding production capacity and improving production. The future influence of the FDA should be channelled for the purpose of domestic production, in order to replace imports with domestic production. He also stressed the importance of the supply chain and the benefits it brings.
On behalf of DG NEAR, Mrs. Alessandra Viezzer said that today’s presentation was an interesting event and a great opportunity for the process of promoting integration while statistically, it was very impressive. The Report gives a sense of what can be accomplished. As Mrs. Viezzer has said, the business community was heard clearly, it has been heard what will be done, but everything that needs to be done is in the shadow of political conflicts. What the business sector can do more to make politicians aware that there is much to do on further integration. Her message to the participants was to push the barrier.