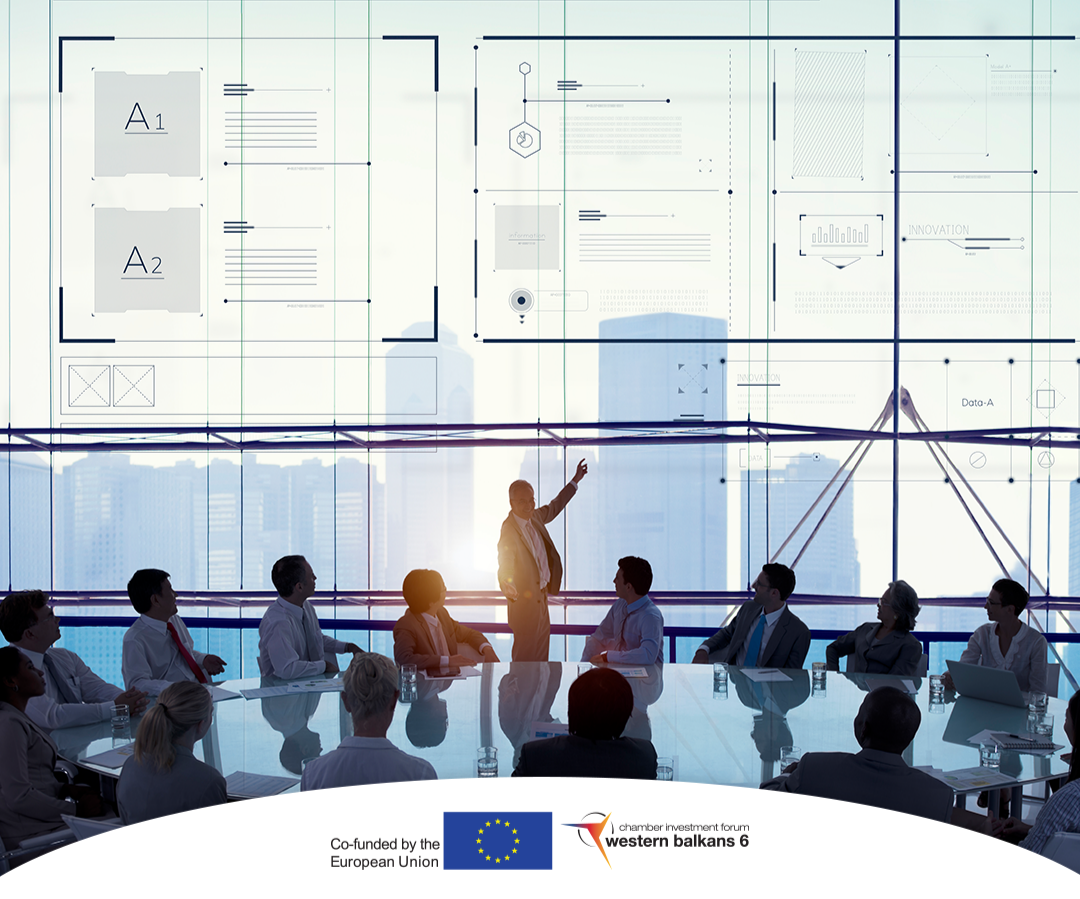 On behalf of Western Balkan Six Chamber Investment Forum (WB6 CIF), we are inviting interested companies from the region on a working meeting with representatives of the European Commission (Directorate-General for Neighborhood and Enlargement Negotiations (DG NEAR) and Directorate-General for Taxation and Customs Union (DG TAXUD)), to discuss about the proposed outlines of the Carbon Border Adjustment Mechanism and its potential effects on their operations.

As part of the European Green Deal, with the European Climate Law, the EU has set itself a binding target of achieving climate neutrality by 2050. This goal requires current greenhouse gas emission levels to drop substantially in the next decades. As an intermediate step towards climate neutrality, the EU has raised its 2030 climate ambition, committing to cutting emissions by at least 55% by 2030.

In July 2021, The European Commission has presented the first series of adopted files under the ‘Fit for 55’ package. The package contains legislative proposals to revise the entire EU 2030 climate and energy framework, including the legislation on effort sharing, land use and forestry, renewable energy, energy efficiency, emission standards for new cars and vans, and the Energy Taxation Directive.

The Carbon Border Adjustment Mechanism (CBAM) is part of the proposed measures, which will also directly affect the Western Balkans companies, which is designed with the idea to prevent the risk of carbon leakage and support the EU’s increased ambition on climate mitigation, while ensuring WTO compatibility. The proposal provides that the CBAM system will be phased in gradually and will initially apply only to a selected number of goods at high risk of carbon leakage: iron and steel, cement, fertilizer, aluminum and electricity generation. A reporting system will apply as from 2023 for those products with the objective of facilitating a smooth roll out and to facilitate dialogue with third countries, and importers will start paying a financial adjustment in 2026.

The meeting will be held on December 15th 2021, starting at 14:00h. This is a unique opportunity for all interested companies to get the information directly from the representatives of the European Commission and to participate in the open discussion. At the beginning will be held introductory remarks by Tatjana Shterjova Dushkovska, Secretary General of WB6 CIF and representatives of European Commission (Directorate-General for Neighborhood and Enlargement Negotiations (DG NEAR).  After that will follow Presentation of the proposed Carbon Border Adjustment Mechanism by Directorate-General for Taxation and Customs Union (DG TAXUD). The meeting will end with open discussion with the private sector representatives.

* Working laguage of the meeting is English