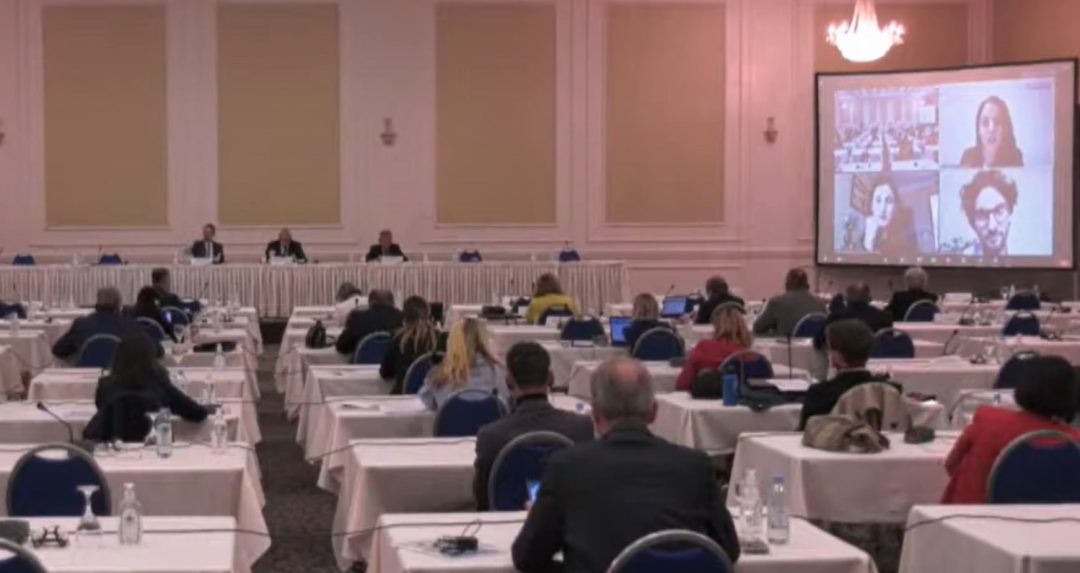 Representing the WB6 CIF, its Secretary General Tatjana Shterjova Dushkovska pointed out that businesses tend to find their path across obstacles managing to keep their cooperation at high level even during the hardest times. Businesses from the Western Balkans have certainly excelled at this exercise, given all the different obstacles they have had to face over the years, with the Covid 19 pandemic being the last in the line. This has made companies from the region resilient, but also more vulnerable regarding their competitive edges, expansion potentials and their capacities to get involved in the European value chains. Referring to The Action plan for the Common Regional Market, Mrs.  Shterjova Dushkovska  said that it sets the promise of creating  integrated market of 18 million people and as such it will be a common regional playground where joint rules apply and documents are mutually recognized, This will certainly ease the operations of companies throughout the region, but also make the Western Balkans more attractive for foreign investments. According to WB6 CIF opinion,  business community’s impact is crucial in the above mentioned process, and Chamber investment Forum has been committed to implementation in two important aspects of this action plan. The first is the work toward the development of the Regional Industrial Area, as set out in the Action Plan, by working on the Regional supplier development program, which will facilitate linkages between domestic suppliers in the European and global value chains. This includes the mapping of suppliers in the four sectors that have been pointed as having the transformative effects for the region’s economy (automotive industry, agrofood industry, light manufacturing industry and circular economy), which is under way, and will be completed by the end of the year, along with the preparation of two online databases – WB6 CIF Market access database and Market intelligence database that include accurate information about potential markets, enable partner search and exchange of data between companies.  Additional aspect of WB6 CIF activities related to monitoring the implementation of the AP, as seen from the perspective of the business community.

Organized by the European Economic and Social Committee, the Forum brought together a broad range of civil society representatives from the EU and the Western Balkans, as well as representatives of EU institutions, international organisations and governments of the region.  Christa Schweng, president of the European Economic and Social Committee, Zoran Zaev, Prime Minister of the Government of the Republic of North Macedonia, Olivér Várhelyi, Commissioner for Neighbourhood and Enlargement, Gašper Dovžan, State Secretary at the Ministry of Foreign Affairs of the Republic of Slovenia and Tanja Miščević, Deputy Secretary General of the Regional Cooperation Council, participated in this major event.