New Investments in the Western Balkans through better education, institutions and infrastructure 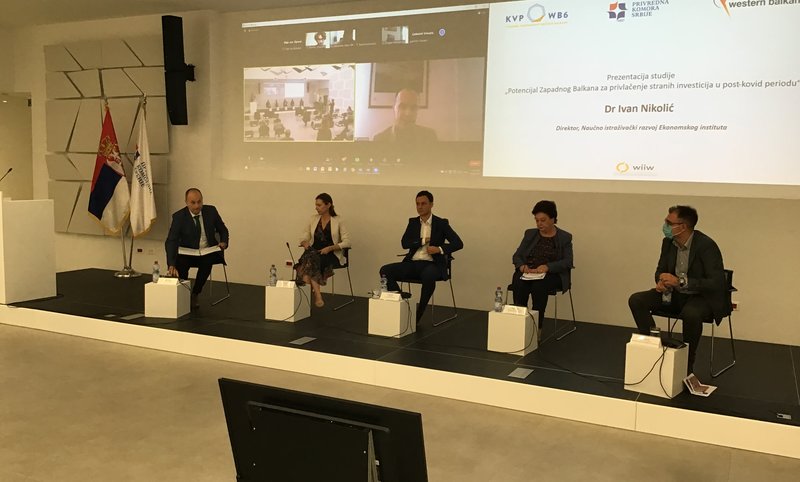 New Investments in the Western Balkans through better education, institutions and infrastructure

Changes have to be made in the policy of attracting foreign investments in the Western Balkans, because low salaries and taxes do not play anymore the main role when making decision on investments, but operational institutions, qualified labour force and good infrastructure are the crucial one. These are the conclusions of the study “Getting Stronger after COVID-19: Nearshoring Potential in the Western Balkans”.

At the panel, which is held at the Chamber of Commerce and Industry of Serbia in the organization of the WB6 Chamber Investment Forum, the study authors and representatives of the domestic and regional economy have indicated that in the following period it is necessary to increase state investments in education, with greater focus on technological sciences, more practical vocational education, and the improvement of transport infrastructure.

Mihailo Vesović, Director of the Division of Strategic Analyses, Services and Internationalization of the Chamber of Commerce and Industry of Serbia, states that all the economic indicators show that an increase in investment activities and economic stability of the six Western Balkans economies are expected in the following two to three years.

“The Western Balkans is a perfect destination for investors intending to change their supply chain after the COVID-19 pandemic and to move their production from distant destinations closer to the European market. A positive impact of new investments will be better exploited only through the improvement of the efficiency of institutions, education and transport infrastructure”, Vesović pointed out.

The study, which is made by the Vienna Institute for International Economic Studies, has confirmed that the creation of a Joint Market of the Western Balkans has to be accelerated additionally and to ensure full freedom of the movement of people, goods, services and capital, Marko Mandić, Head of the Centre for the Western Balkan Chamber Investment Forum, highlighted.

According to the words of Tatjana Šterjova Duškovska, WB6 CIF Secretary General, the primary activity of all the regional chambers of commerce that bring together 350,000 companies will continue to be the promotion of the Western Balkans as the single investment destination through their work on business digitalization, networking of companies and removing business barriers.

At the panel discussion titled “Strengthening and Potentials of the Western Balkans” was attended by Tina Šarić, Director of  the Education Reform Initiative of South Eastern Europe (ERI SEE), Milan Krstić, Business Consultant at German-Serbian Chamber of Commerce (AHK), Đorđe Andrić, Head of the CCIS Centre for Investment Support and Public Private Partnership, Dr Ivan Nikolić, Director of the Scientific Research Development of the Institute of Economics, and  Radojka Nikolić, Editor-in-chief in Ekonometar and Biznis Magazin.