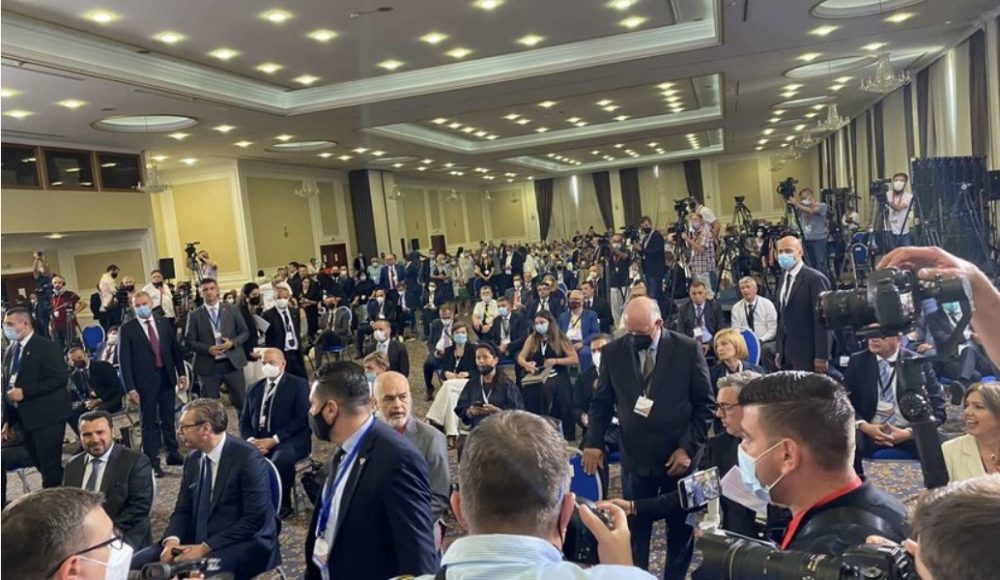 “Open Balkan” for easier business in the region

Businessmen from Serbia, Northern Macedonia and Albania, who gathered at the Business Forum in Skopje on July 29th, welcomed the new name of the regional initiative “Open Balkan”, with the expectation that they will quickly bring concrete results in everyday business.

The congress hall of the Alexander Palace Hotel in Skoplje was small to receive all business representatives from these three countries who wanted to present proposals and initiatives for better economic cooperation in direct dialogue with the highest state officials, but also to agree on new business deals at bilateral meetings.

Businessmen are convinced that what was agreed in Skopje will be implemented very soon, as well as that from January 1, 2023, there will be no border between Serbia, Northern Macedonia and Albania, and that in 2022, qualifications and work permits will be mutually recognized. They suggest that the chambers of commerce of the three countries exchange data on available workers.

Svetozar Janevski from the “Tikves” company  points out that this is especially important in the agricultural sector, where there is a great shortage of labour, and that the company is already trying to get staff in high schools and faculties.

Vukasin Petkovic from the “Nektar” company reminds that the company has production in Northern Macedonia and that thanks to this initiative  they will get a unique workforce system, which will increase the possibility of employment and obtaining work permits.

The director of the “R&T Group” company from Tirana, Renis Tersana, wants to cooperate more with companies in Serbia and Northern Macedonia and estimates that the “Open Balkan” initiative is very good. “The initiative is very good and we need to strengthen cooperation, especially now during the covid pandemic, and enable not only the free flow of people and goods across the border, but the strengthening of business ties in other areas,” Tersana concluded.

Marko Čadež, President of the Serbian Chamber of Commerce, says that it is the right time to start building something new and different, a region of success and trust – without barriers, unnecessary administration and waiting at the borders, and Branko Azeski, the first man of the Chamber of Northern Macedonia says to open the Balkan and unite as a business.

That the business community of the Western Balkans has received strong political support is confirmed by three agreements signed by Serbian President Aleksandar Vučić and the Prime Ministers of Northern Macedonia and Albania Zoran Zaev and Edi Rama, which should improve trade, enable the creation of a single labour market and mutual assistance. emergency support. The first memorandum envisages the increase and expansion of trade and economic ties, the gradual removal of barriers, the simplification of export and import procedures, the exchange of data between customs and other services in accordance with the regulations of each of the contracting parties.

The Memorandum on Free Access to the Labour Market in the Western Balkans aims to facilitate the obtaining and use of work permits for citizens of Serbia, Northern Macedonia and Albania, and the Agreement on Disaster Protection Cooperation to help the three countries in case of disasters, as well as planning and implementation measure of protection against floods, earthquakes, fires, environmental pollution and other disasters and catastrophes.

The business forum in Skopje was held in a joint organization of the chambers of commerce of Serbia, Northern Macedonia and Albania, and together with the political leaders of the region, more than 400 businessmen attended.