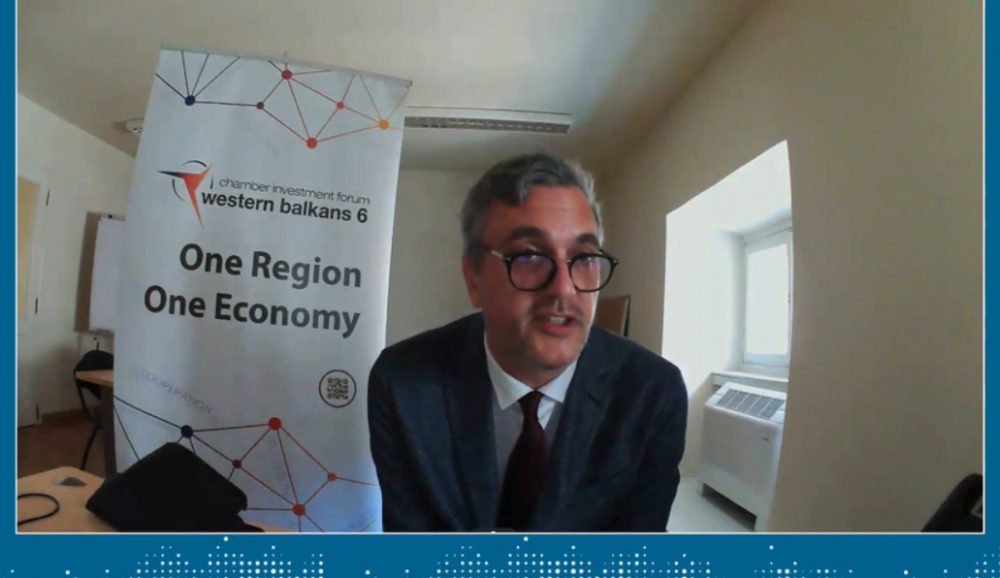 The European Union must change its approach to the Western Balkans in order to better integrate the region’s six economies into the Union’s single market and thus enable stronger economic growth, said Marko Cadez, President of the Serbian Chamber of Commerce and Industry and chairman of the Western Balkans Chamber Investment Forum (WB6 CIF).
“From 2014 to 2020, regional GDP increased by 28 percent with an average annual growth of 4.2 percent, including 2020 and the economic downturn due to COVID” Cadez stated during the Business Forum “The contribution of the representatives of the business community to the accession of the Western Balkans to the European Union”.
However, he points out that if the Common Regional Market Action Plan was implemented and if the Western Balkans were fully integrated in terms of free movement of people, goods, services and capital, the average annual GDP growth in the region would be 6.2 percent, instead of the current 4, 2 percent.
“We are far from the results that the business community wants to see. There is no division of responsibilities or sanctions for non-implementation of the Common Market Action Plan, and it is very difficult to measure progress and implementation”, said Cadez, who also participated today in the meeting of WB and EU ministers within the Forum.
He emphasizes that the cooperation between the EU and WB6 must be strengthened and that the responsibility for the realization of the Action Plan for the Western Balkans must be transferred to the government of the Western Balkans.
Cadez pointed out that CIF represents 350,000 companies in the region that made concrete proposals in accordance with the needs and requirements of the region’s business communities based on the four EU freedoms.
He presented two innovative online platforms intended for WB companies – Market Access Database and Market Intelligence Database. The first is a supplier database which is designed to connect companies through B2B meetings, and the second offers 1,000 different indicators from macroeconomics to workforce structure data on WB.
The forum was organized as part of the Western Balkans Summit, which is being held as part of the Berlin Process, and was opened by the German Federal Minister of Economy and Energy, Peter Altmeier.
The German minister pointed out that the business community in the Western Balkans is crucial for the development of the region, because it has the largest part of its trade cooperation (75%) with the European Union. Germany will host the summit on the Western Balkans on July 5 this year as part of the “Berlin Process”.