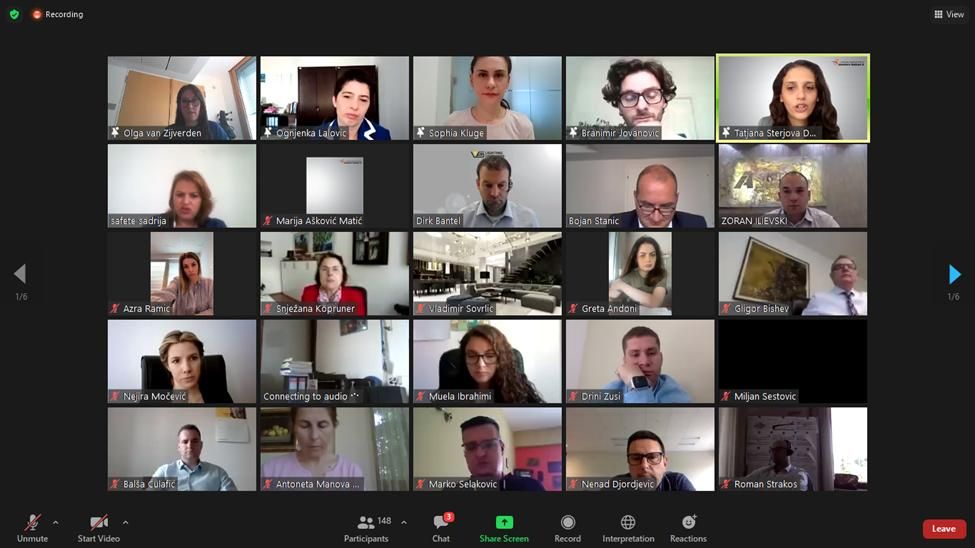 The economies of the Western Balkans could benefit greatly from the trend of returning the production of multinational companies from Asia to Europe, according to the study “Getting stronger after COVID-19: Nearshoring Potential in the Western Balkans”, conducted by the Western Balkans 6 Chamber Investment Forum (WB6 CIF) in cooperation with the Vienna Institute of Economics and with the support of the Chamber Partnership Project for the Western Balkans.
In order to seize this opportunity, investments are needed in the education of qualified professional staff, the development of infrastructure and a stimulating economic environment that will make the Western Balkans region more competitive.
“We need to take the opportunity to attract new investments in the post-Covid period, as the Covid 19 pandemic has contributed to changes in global supply chains and companies are increasingly looking for more efficient and faster delivery routes, without risk and additional costs, geographically more accessible locations for relocation of production as well as reliable business partners and suppliers “, said Tatjana Shterjova Dushkovska, Secretary-General of WB6 CIF. She added that the study aims to present the advantages of the region, but also to point out the areas in which it is necessary to invest additional resources for the economies of the Western Balkans to be as attractive as possible for domestic and foreign investors.
“The economies of the region are in the process of reindustrialization and restructuring of the export structure in the direction of a greater share of production, which brings higher added value. Also, it is necessary to accelerate the creation of a regional market so that local economies can compete with the EU market”, said Bojan Stanić, assistant director of the Sector for Strategic Analysis, Services and Internationalization of the Chamber of Commerce and Industry of Serbia. He emphasized the importance of opening a Regional Center for Economic Analysis, which will enable an insight into the position of the WB Region from the macroeconomic level to economic entities and specific tradable goods.
“If the region becomes more active and acts in the right way towards foreign investors, the chances for a larger inflow of foreign investments will open up. That means investing in the education system, dual education and a focus on the development of transport infrastructure”, said Branimir Jovanović, an economist at the Vienna Institute for International Economic Studies, presenting the results of the study.
He added that foreign investors are primarily looking for a skilled workforce and good infrastructure, but also a stable economic and political environment. He pointed out that investors in the region, among which the most present are companies from Germany, invested 2.5 billion euros in the Western Balkans region from 2010 to 2019, and 1.7 billion euros worldwide. “These data show that there is still a lot of scope for other Western European investors, such as the Netherlands, Switzerland and Austria”, Jovanović added.
Among the surveyed German investors, 62 percent of them cited as a reason for investing good business culture, positive experiences in doing business with companies from the region, responsibility and education of professional staff, as well as good geographical position and closeness of cultures, said Sophia Kluge and Olga van Zijverden, Coordinators of the Western Balkans Chamber Partnership Project.
Ognjenka Lalović, director of the Sector of Economy of the Foreign Trade Chamber of Bosnia and Herzegovina, said that 79 percent of domestic companies from the WB region are satisfied with the cooperation with foreign companies, but a systematic approach is still needed in activities aimed at connecting companies and attracting investors.
Representatives of Vossloh-Schwabe and Aktiva from Macedonia shared their positive business experiences in the Western Balkans region.

The study  ‘Getting Stronger after COVID-19: “Nearshoring Potential in the Western Balkans”