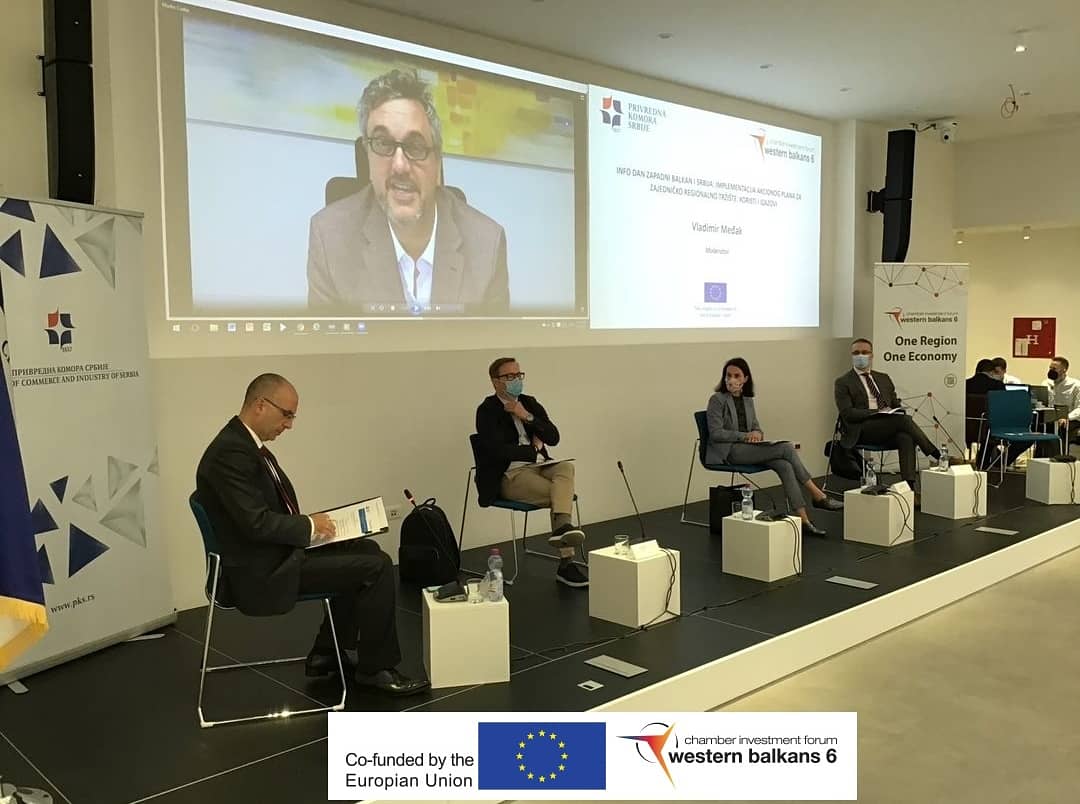 Marko Čadež – We need regional cooperation more than ever

“Building a common market is the most important task for our economies and the future of the Western Balkans, so that companies can start enjoying the tangible benefits of regional integration as soon as possible.”, said Marko Čadez, president of the Chamber of Commerce and Industry of Serbia and Western Balkans 6 Chamber Investment Forum (CIF WB6).
In a video address at the opening of the info day dedicated to the implementation of the Action Plan for the Common Regional Market, which is being held as part of the EU support project CIF WB6, Čadež pointed out that the most important is the consistent application of the document which is the responsibility of regional governments for efficient implementation in this process.
The Action Plan for the Common Regional Market for the period 2021-2024, adopted last year at the summit in Sofia within the Berlin Process, is a continuation of activities to improve economic cooperation in the Western Balkans region toward full EU membership.
“The advantages of regional cooperation, which we need more than ever, are reflected in the removal of obstacles that about 25,000 Western Balkan companies face with each other every day, building a common market and connecting businessmen,” Čadež pointed out.
He emphasizes that it is equally important for us that the economy of the region has only a few barriers and in that way cooperate with the European Union and that through inclusive enlargement, even before full membership, ensure full opening of the single European market for companies and products from the Western Balkans.
Čadež announced that a new regional online platform would be presented at the upcoming Berlin summit on the Western Balkans in July. 2021, which should contribute to the better interconnection of companies from our region as well as their connection with companies in third markets.
In the first phase, this platform will be intended for companies from the food sector, automotive and light industry and the circular economy, for interconnection and connection with large regional and world companies.
“We want to map all those companies that have something to offer and that can be part of international supply chains with their business and production standards,” said the president of CIF WB6.
Tatjana Sterjova Duškovska, the Secretary-General of CIF WB6, presented the Action Plan for the Common Regional Market and the benefits it brings to the business community of the Western Balkans. As she explained, the goal is to reduce waiting time at crossings by 10%, speed up the procedures for obtaining work and residence permits, establish the basis for better cooperation and connection of companies, improve the competitiveness and productivity of companies and their inclusion in the global market.
We want an integrated market of 18 million people, better integration of our economies into European value chains, GDP growth, the attraction of foreign investors and faster recovery of the region’s economies from the Covid – 19 pandemics.
The panel discussion that followed was attended by representatives of member companies of the CIF WB6 Business Council, Olivera Jocić, Assistant Minister of Trade, Tourism and Telecommunications, Emir Djikic, Director of the CEFTA Secretariat and a representative of the Regional Cooperation Council Petra Božović, who agreed that the Chamber Association CIF WB6 is an ideal platform for regional networking and better business and has supported the economic initiatives on which this Association is working.

How the economy sees the common market
Representatives of member companies of the CIF WB6 Business Council, including Elixir Group, Nelt Group and Neofyton, took part in the discussion in CCIS, emphasizing that CIF is an ideal platform for regional networking and better business.
Vladimir Petković from the Elixir Group said that the common regional market without barriers will contribute to easier investment of this company and the engagement of experts from the region. He cited as an example the high transport costs, where transportation per ton from Serbia to Albania costs 30 euros, while the cost of transportation that same ton to Ukraine costs three times smaller.
The representative of the Nelt Group company, Marko Milanković, estimates that CIF WB6 is an ideal platform for the development of intermodal transport, development of economies and overcoming challenges, in order to improve the quality of life of citizens in the Western Balkans. He assessed that the digitalization of procedures and processes is of exceptional importance for the facilitation of trade in the region.
The representative of the Neofyton, Zoran Tadić, pointed out that it is especially important to regulate the issue of inter-company transfer of workers as well as to facilitate the procedures for obtaining work permits, which would enable labor mobility in the Western Balkans region. Mutual recognition of academic and professional qualifications would also contribute to accelerated economic development.
The Action Plan for the Common Regional Market 2021-2024 builds on the achievements of the “Multi-Annual Action Plan for the Regional Economic Area” adopted at the 2017 Trieste Summit. 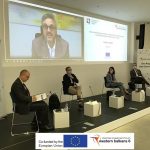 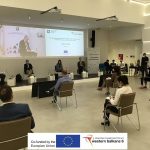 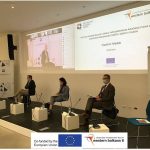