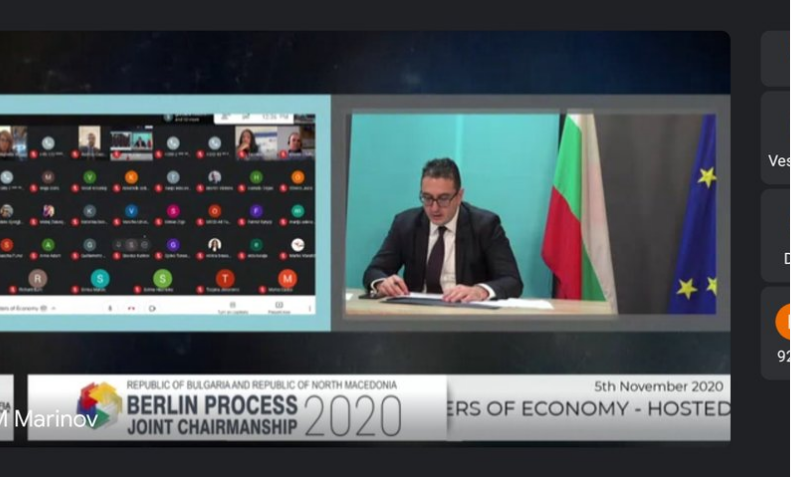 „The ministers of economy of Berlin process’s members supported business community’s initiatives to accelerate creating a common regional market through a stronger cooperation and removal of obstacles to a more successful business within the region and with the European Union, including the establishment of green corridors at major border crossings“, said Marko Cadez, President of the Chamber of Commerce and Industry of Serbia and President of the WB6 Chamber Investment Forum after Ministers’ meeting, as a part of preparations for the Western Balkans Summit, that will be held in Sofia next week as a part of the Berlin Process.

Except the fact that business community with its proposals and suggestions actively participated in a development of an action plan for the common regional market which will be adopted at the Summit in Sofia, Čadež reminds that the Western Balkans Chamber Investment Forum prepared a document with suggestions of the business community for creating incentives that would enable competitiveness of our companies, including the most specific recommendations of the newly established Business Council. The document was sent to more than a thousand addresses of participants in the process of regional integration – presidents, prime ministers, competent ministries and institutions of Western Balkan economies, the European Commission, Brussels institutions and institutions of the Berlin Process, CEFTA Secretariat, Transport Community, Regional Cooperation Council. WB6 CIF activities and gathered views of the business community, were presented to the ministers of economy at online preparatory meeting for the Sofia Summit.
“The region’s economy, through our joint regional chamber and its Business Council consisting of 16 leaders and owners of a large regional business systems, will directly support the implementation of the common market plan in communication with regional governments and institutions in Brussels, through regular reporting on progress and problems on the ground, including proposals and suggestions on how to remove the obstacles that businessmen face with in their daily business”, announces Čadež.
According to President Čadež, the most important thing for businesspersons is to make their business easier, reduce costs, provide free, faster flow of people, goods, services and capital throughout the region, standardize and ensure mutual recognition of certificates and other trade documentation that accompanies goods. To ensure faster flow of goods and paperless customs clearance by improving the infrastructure at border crossings, harmonizing the working hours of border services and speeding up customs procedures, to sign and implement the agreement on work permits, harmonize licenses, facilitate intercompany transfers….
“How important it is for governments and competent institutions in the region to remove barriers to mutual business and connections of the companies and for the common regional market to start functioning as soon as possible, it is equally important to do business with the European Union.” To enable faster flow of goods through the main border crossings with member states through measures such as the establishment of green corridors, but also to ensure, through inclusive enlargement, and before complete membership, the opening of a single European market for companies and products from the Western Balkans, which meet European standards, harmonization rules and established institutions “, emphasizes Čadež.