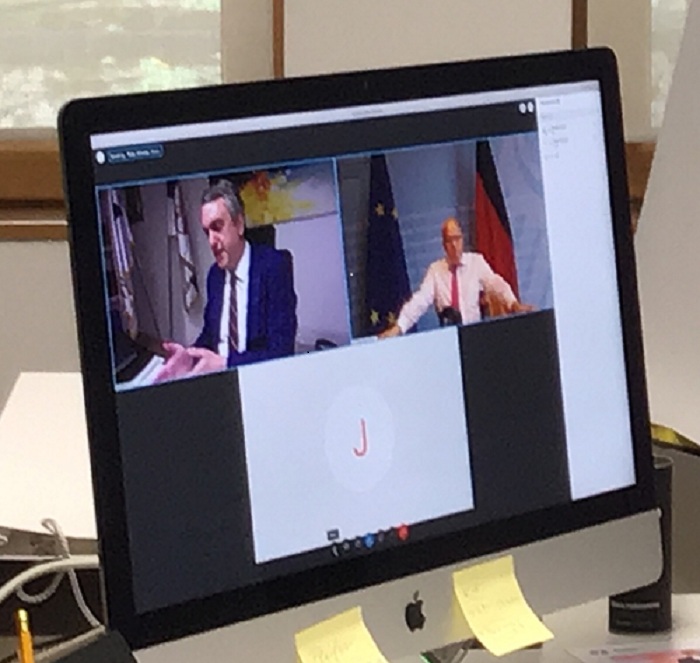 During its Presidency of the Council of the European Union, Germany will support the regional economic integration and the establishment of a stronger framework for cooperation between the Western Balkans and the European Union. This was the conclusion of a video conference held between the Federal Minister for Economic Affairs and Energy of Germany Peter Altmaier, Bundestag MP Joachim Pfeiffer and the President of the WB6 CIF Managing Board Marko Cadez,

Minister Altmaier and President Cadez agreed on the importance of strengthening economic cooperation between the countries of the Western Balkans, as the fastest way to enhance stronger mutual relations in the region leading to its faster integration into the EU single market.

During Germany’s presidency several key events and forums will contribute to the geostrategic positioning of the region and its presentation as a single investment destination, brought forward with Germany’s support to the structured dialogue between EU decision-makers, governments of the Western Balkan Six and the business community.

The six chambers of commerce of the Western Balkans gathered in the Western Balkans Six Chamber Investment Forum will organize an investment conference in Germany, Cadez announced, pointing out that due to the global pandemic many German and European companies are looking into near-shoring as a way to optimize their value chains. Cadez pointed out that Germany’s support for the formation of the WB6 CIF Business Council at the Western Balkans Summit in Sofia is also very important. The WB6 Business Council will bring together 20  largest businessmen of the region that will give their overview of problems and open issues the business communities are facing, proposing viable solutions in the process.

Joachim Pfeiffer, a member of the German Bundestag, said that the German presidency would be used to take concrete steps to meet the set goals and remove barriers in the region, which is a task not only for Germany but also for all other future EU presidencies.