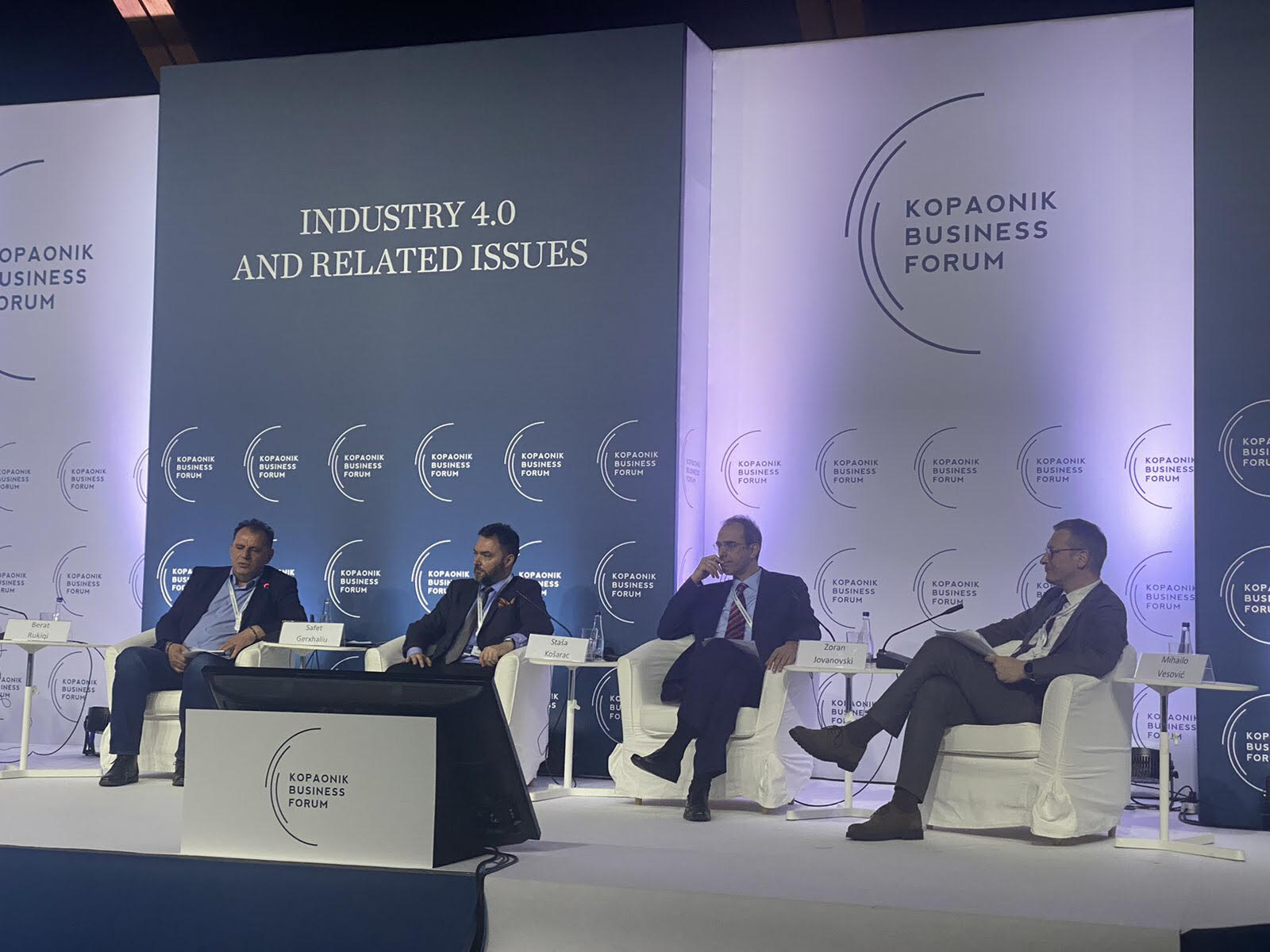 “Economic cooperation in the WB6 Region has no alternative, and main mechanisms to straighten this cooperation are dialog and mutual trust”. This was the main message given by the WB6 CIF Secretary General as a panelist on this year edition of Kopaonik Business Forum within the panel “Western Balkan- Regional Economic Zone”.

“Economic integration is our target and on that road we’ll strengthen cooperation between chambers and support private sector, especially small and medium enterprises. We are working on straitening commerce, foreign investments, mobility and digitization. Partnership with donors is important for CIF, likewise cooperation with CEFTA, RCC and other regional actors on the Western Balkan. Through this cooperation we are trying to create political stability, social peace, intensification of integration and as the most important, we are trying to improve the perception of the Western Balkan”, Gerxhaliu said.

Regarding the actual problem between Kosovo and Serbia Mr. Gerxhaliu expects Pristina to make decision about removing the taxes until the end of this or next week. According to Gerxhaliu, taxes on raw materials are about to be removed until 15th of March, while the taxes on all products will be removed until 1st of April.

Participants of the panel “Western Balkans – Regional Economic Zone “ concluded that the trade in the Region would be easier if there are no borders, with free flow of capital,  people and regulations accompanied with less administration. The idea of Mini Schengen is supported by the Slovenian Chamber of Commerce but, as Vice-President of the Slovenian Chamber Mr. Krivec stressed, the Region should join the EU as soon as possible since it would provide both stronger and easier cooperation. Slovenian export to the Region amounts 2.1 billion euros, the volume of its import from the Region is 1.4 billion euros, and when it comes to the investments, Slovenia invested 1.5 billion euros out of six billion as it was totally invested in the Western Balkans Region.  However, considering the great potential of the Region, those figures could be increased.

Mr. Atasovski, director of Western Balkans Department in Westminster Foundation for Democracy, also emphasized the importance of Mini Shengen from the aspect of breaking the status quo in the labor market as there will be greater mobility thanks to the abolition of work permits in the member states of mini Schengen.

“If we take 40,000 people out of Serbia per year, we have a loss of 1.2 billion euros just when it comes to investments in education of same leaving people, and the data for Albania, Montenegro and Northern Macedonia are the same” Mr. Atasovski said.

Representing businessmen of the Region, Mr.Blaž Brodnjak, President of NLB Bank Managing Board, said that the mini Schengen initiative should not be seen as the idea of new Yugoslavia, but as a solution for removing economic boundaries.

Kopaonik Business Forum, organized by the Serbian Association of Economists, is held every year in the first week of March at the Kopaonik Convention Center. The Forum presents an opportunity offered once a year to discuss the most pressing economic and social issues in Serbia and gathers over 1,200 participants, including eminent professors, government officials, members of the diplomatic corps, businessmen, domestic and foreign investors, and representatives of international financial organizations. Owing to its tradition and excellent reputation, Kopaonik Business Forum has become the most important event of its kind in Serbia and the region. In terms of its relevance and impact, Kopaonik Business Forum has been recognized as “Serbian Davos”.