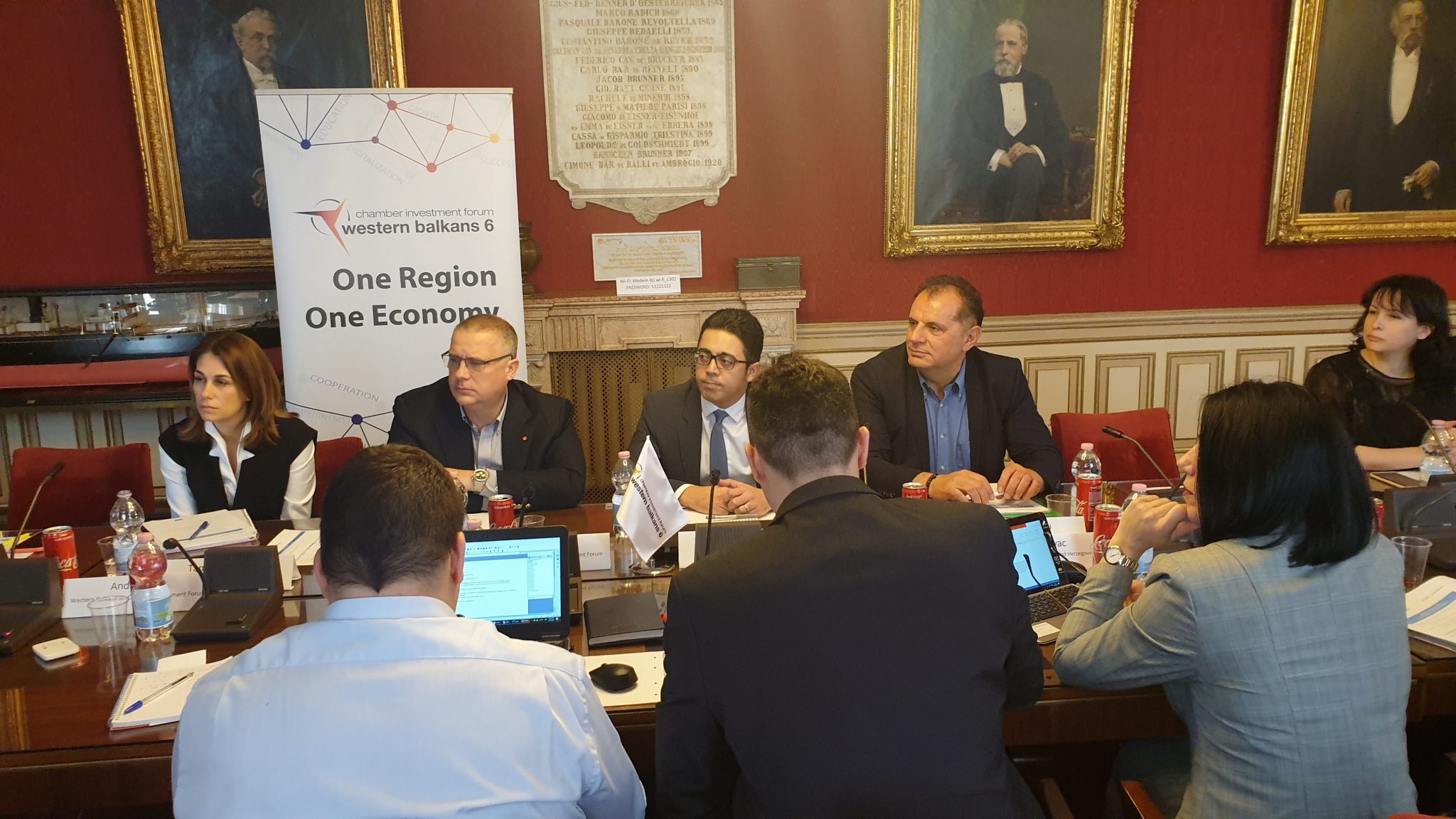 The Kick of meeting of the Project „EU support to the WB6 CIF“ was held on 20th  and 21st  of February 2020 in Trieste with the participations of chambers’ coordinators, Project Team, representative of the European Commission and Western Balkans 6 Chamber Investment Forum. The objective of the meeting was for the participants to discuss about the project and define further activities and obligations for the next 3 years.

WB6 CIF Secretary General, Mr. Gerxhaliu welcomed participants on behalf of Western Balkan 6 Chamber Investment Forum and expressed gratitude to the EU on such significant support which will be helpful for improving economy of the Region as a whole. He also wished the team successful implementation of the project.

As European Commission representative, Mr. Tadros said, a preparation for this project lasted more than two years and despite not an easy job, he expressed his hope that the implementation will be both successful and helpful, especially regarding removing barriers still existing in the Region.