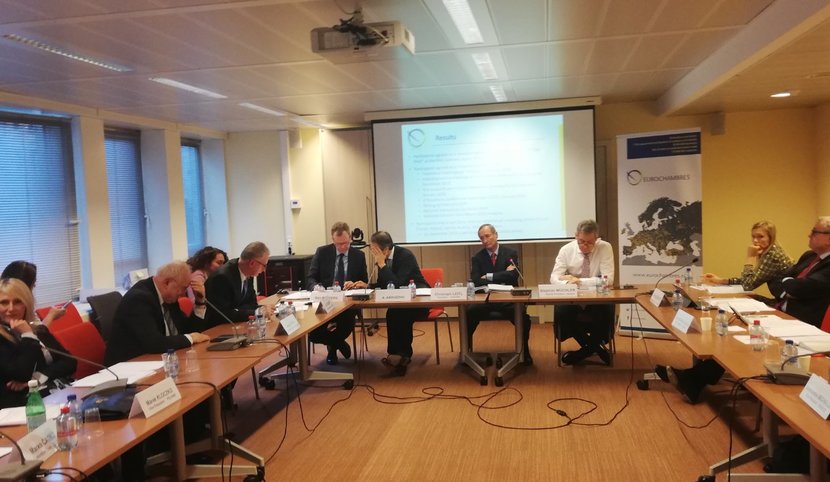 Christoph Leitl: By cooperating the Western Balkans move faster to the EU

Last night in Brussels, Eurochambers President Christoph Leitl commented on the agreement to establish a direct airline between Belgrade and Pristina emphasizing that it is a very good signal and that the Western Balkans, which shares a common history and a common present, has to further cooperation in order to ensure a common future.

He also expressed satisfaction that, as his said, his friend Marko Cadez, President of the WB6 CIF Managing Board and of the Chamber of Commerce and Industry of Serbia, is launching initiatives that contribute to regional cooperation and integration, building a common labor market and digitizing the region.

Cadez, at yesterday’s session of the Presidency of the Eurochambres, was entrusted, in addition to managing the Digital Services Network of the largest European business association, which brings together more than 20 million companies – members of chambers from 46 countries, together with his Finnish counterpart, to also lead the Eurochambres Committee on the EU Single Market.

“It is very important that the Western Balkans regional economic area is a mirror of the European Union’s single market because it is the best way to prepare the economies of the region as best they can for EU membership and work together within business associations such as the Eurochambres,” Leitl said.

He stressed out that “the Western Balkans is already part of the European family and will formally become a part if it is prepared”.

Marko Cadez presented to the members of the Presidency of the Eurochambres the benefits of the Western Balkans economic integrations, the progress in the implementation of the Mini Schengen initiative, as well as the activities of the Eurochambres Digitization Committee that were held in Serbia last year.

Cadez, in a statement after the meeting of the Eurochambres stressed that it is a great honor that he will co-chair the Single Market Committee, in addition to his work on the digital transformation of the European economy.

“It will be a great challenge, since this is the first time that the co-chairman is not coming from an EU member state, but from a candidate country,” Cadez said.

At the same time, if we look at the links of the WB economies with the European Union, we are according to Cadez, economically more integrated into the EU than some of the current members, which are geographically more distant, such as Malta or Cyprus.

The EU is the largest economic partner in all the WB economies, EU companies are very active and dominant in our markets, they have invested the most, built their factories and included medium and large companies from the region in their supply chains.

“It is very important that we are well prepared in this area, ready to enter the European single market. This is also useful in the context of regional initiatives, such as the so called ‘Mini Schengen’ initiative, Cadez said.

According to Cadez, the goal of the “Mini Schengen” initiative launched by President Vucic and Prime Ministers Rama and Zaev, and believed to be joined by others in the region, is to accelerate implementation of all that has been agreed so far, both through CEFTA and within the Berlin Process, through the Multi-annual Action Plan for a Regional Economic Area.

“We now have the political will and leadership to accelerate and implement things on the ground in order to reach the single market and economy, which will allow us to grow faster, earn more and open more jobs,” Cadez concluded.