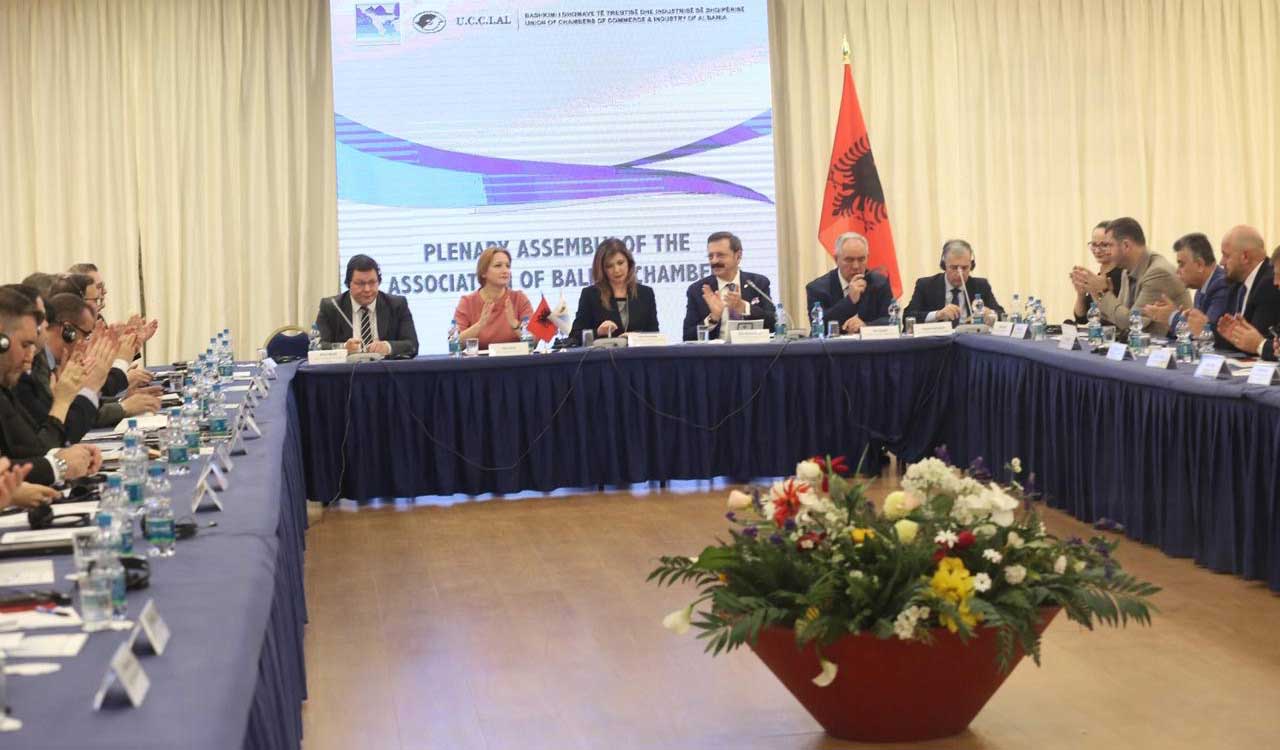 The Balkan Chambers of Commerce discussed the topics of dual education and digitization at the annual General Assembly held in Tirana, during Albania’s CEFTA chairmanship. The presentation of chamber representatives also highlighted the need for faster economic development and further improvement of the functioning of the chamber system, but, above all, the need for the development of vocational education and the contribution of the chambers in this process, faster digitalization of the Balkan economies and their integration into the single European market. Only 4 of the 10 ABC countries are members of the European Union, the ABC Assembly noted, citing the fact that the region’s potentials are still underutilized.
The Association of Balkan Chambers ABC was founded in 1994 in Romania with the aim of facilitating integration and developing economic cooperation in the region. The ABC members include the Union of Chambers of Commerce of Albania, Bulgarian Chamber of Commerce, the Union of Greek Chambers of Commerce, the Economic of Commerce of Montenegro, Chamber of Commerce of Northern Macedonia, the Chamber of Commerce of Romania, the Chamber of Commerce and Industry of Serbia and the Union of Chambers and Commodity exchanges of Turkey.
“It is necessary to work intensively on legislative alignment, introduce the necessary business standards and remove trade barriers that arise in the region, so that the effects of cooperation between the countries of the region and with the EU can be addressed,” said Rifat Hisarciklioglu, President of the Union of Chambers of Commerce and Commodity Exchanges of Turkey and Vice-President of Eurochambres.
The Minister of Finance and Economy of the Republic of Albania, Anila Denaj, emphasized her commitment to implementing reforms that would foster mutual cooperation. “Intense efforts are being made to facilitate the flow of goods across borders, while certificates and controls are taken over by inspection services. There is also a digitalization process where appropriate changes are being initiated in cooperation with the chamber to make electronic issuing of documents necessary for companies doing business as efficient as possible, ”concluded Anila Denaj.
The Executive Director of the Economic Chamber of Macedonia Biljana Peeva-Djuric, in her address, emphasized that the Chamber, as the oldest and most numerous business association in the country, is a key entity, a bridge between the economy and the public sector, involved in the economic policy-making in the country, which continually proposes numerous reforms to be incorporated into national economic development strategies.
In the following period, the Economic Chamber of Macedonia will work on defining a clear concept of dual education and on supporting the harmonization of laws that regulate this area. Aligning the needs of the labor market and the capacities of education personnel must be reflected in the enrollment policy and the chamber insisits on being actively involved in this process. The efforts of the Chamber for the systematic introduction of dual education will enable the improvement of the employability of individuals, long-term business development planning, the provision of professional staff and the resolution of gaps in required skills and qualifications, which ultimately reflects on the overall national economy and its competitiveness on the international market, Biljana Peeva-Djuric underlined.
The Head of the Center for WB6 CIF in the Chamber of Commerce and Industry of Serbia (CCIS) Marko Mandic highlighted that the topics of dual education and digitization are the main focus of CCIS in the last few years. He presented the e-services that are available to companies in Serbia through the chamber, and that the range of services is further developed through new activities such as the recently launched PKS Partner portal (www.pkspartner.rs), PKS PAY application as well as the continual advancement of services provided by the CCIS Center for Digital Transformation.
Bearing in mind the regional context of the Association of Balkan Chambers, the General Assembly also discussed the role of the Western Balkans 6 Chamber Investment Forum as a regional platform that aims to support and promote the economic cooperation of the Western Balkan countries within the Berlin Process.
The issue of digitalization of chamber services is one of the priorities for the coming year, which is also correlated with one of the key commitments of the Western Balkans, where a strong emphasis has been put on digitalization in this region. Companies need to be able to fully electronically file and issue electronic documents in foreign trade in order to simplify the time and cost that exporting companies have, it was stressed during the Assembly session.
The Assembly concluded with the symbolic handing over of the Presidency from the Union of Chambers of Commerce and Industry of Albania to Bosnia and Herzegovina’s Foreign Trade Chamber, that will assume the Presidency of the Association in 2020. 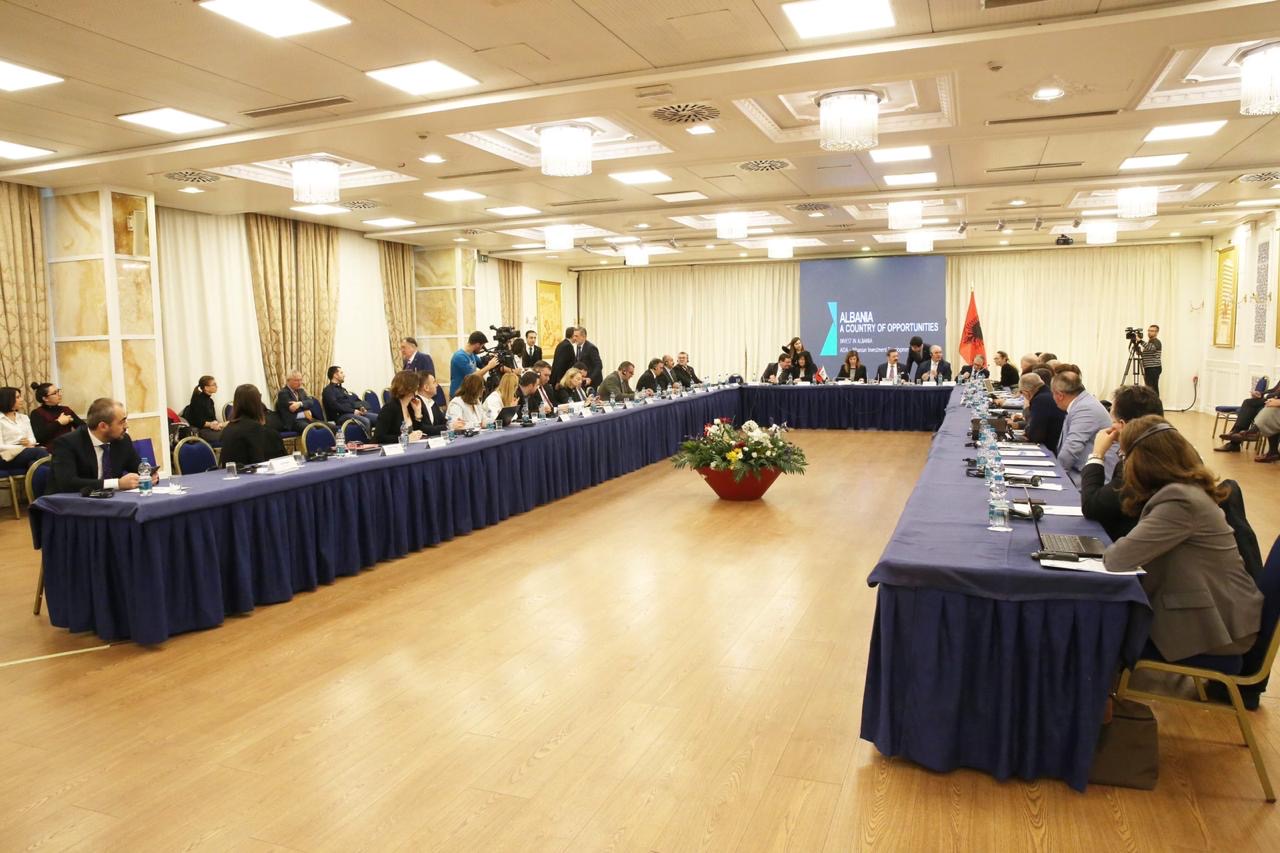 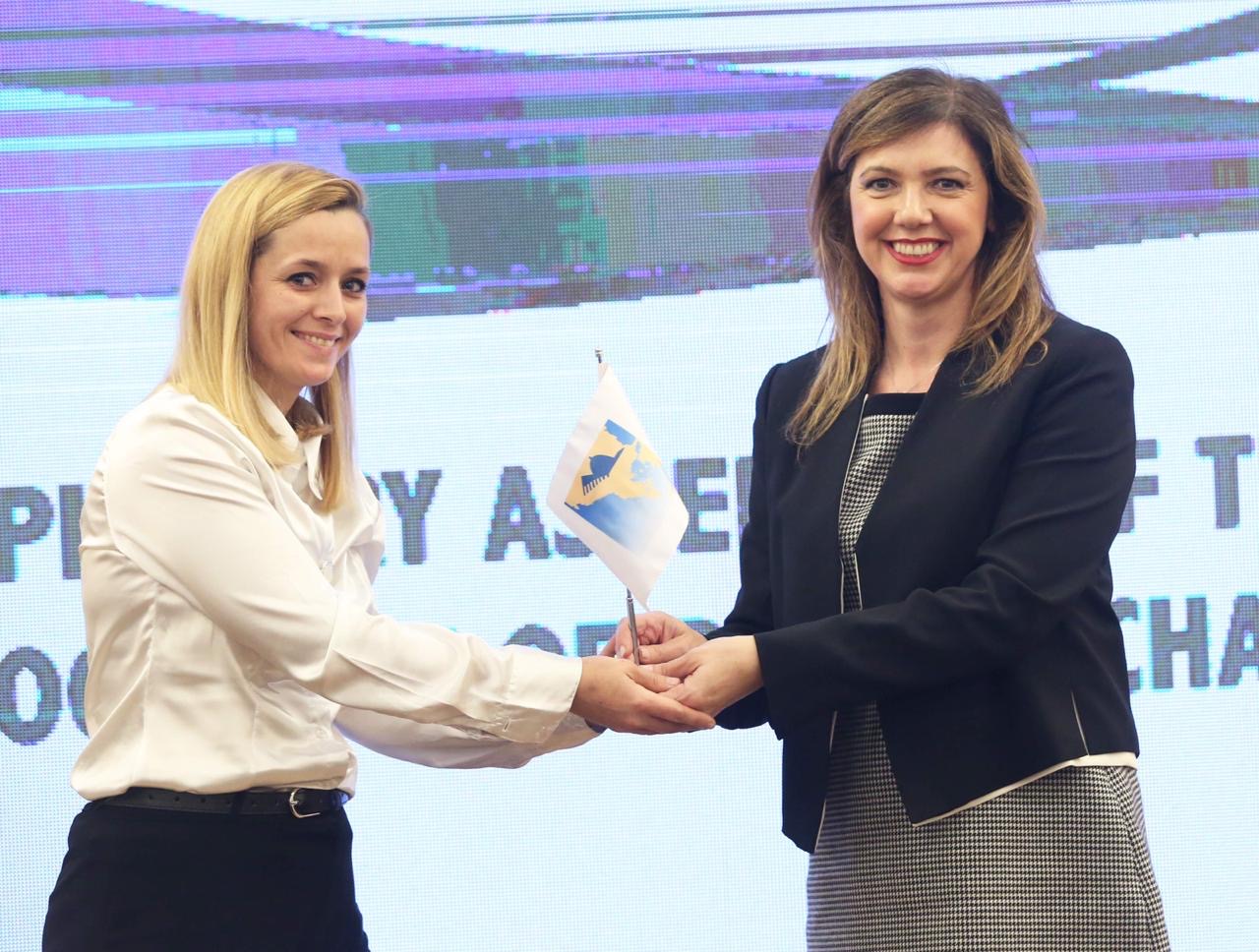 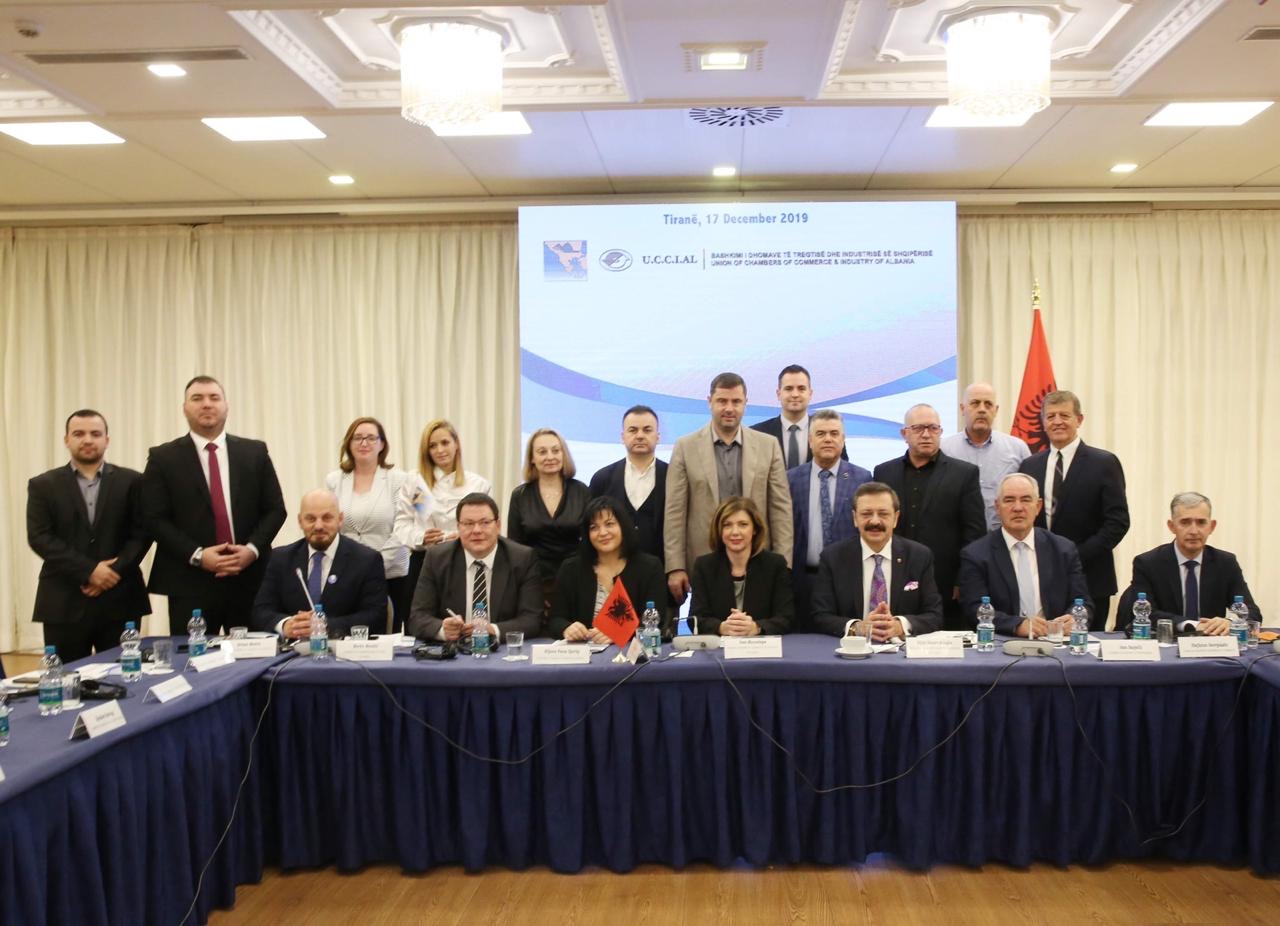