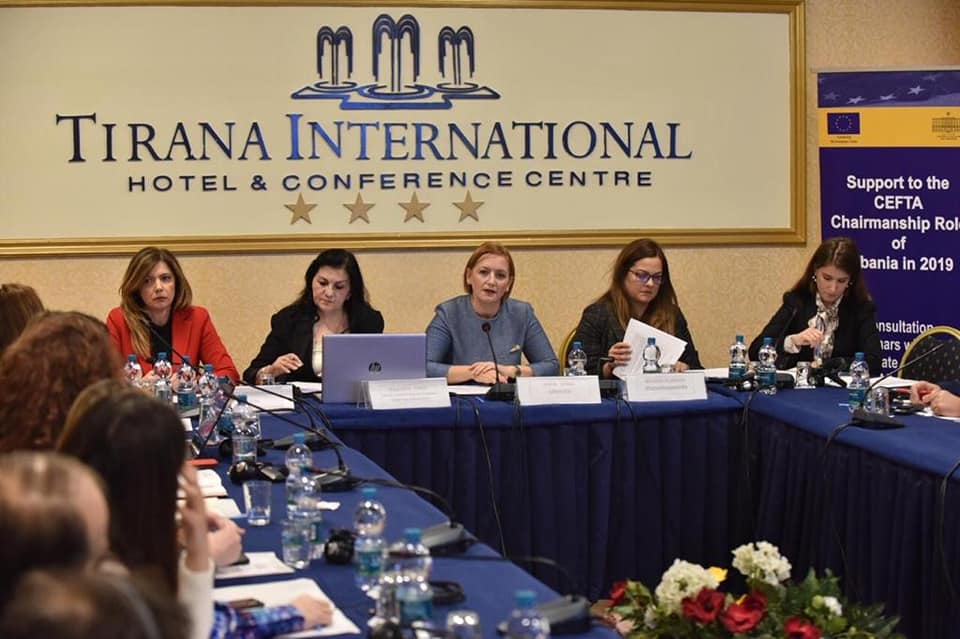 Anila Denaj: „Enhance Regional Cooperation To Facilitate Trade”
„CEFTA Week 2019″ has been organized in Tirana from December 16th-19th, in the framework of the Free Trade Agreement with the Western Balkan countries.

Minister of Economy and Finance Anila Denaj, during the opening speech, expressed her gratitude for the solidarity and support that CEFTA member countries gave to Albania, following the natural disaster that happened on November 26th. Concerning the activities of CEFTA Week, the Minister emphasized the importance of cooperation between CEFTA member countries in the function of economic development of the region. During the chairmanship of CEFTA, from January 1st 2019, Albania has made continuous efforts to bring this cooperation closer to concrete initiatives. In this context, the Minister mentioned several initiatives, such as:

“I am deeply convinced that with the full commitment and willingness to cooperate, all CEFTA parties will achieve the common objectives of making cooperation between us and businesses in the region an opportunity that will enhance our current vision”, said the Minister.

In the framework of Albania’s Chairmanship of CEFTA in 2019, the initiative to set up a Regional Trade Facilitation Committee, as a long-term platform, which facilitates the growth of public and private sector cooperation and a structure that will bring policymaking institutions and businesses closer to a more favourable climate for entrepreneurs of all CEFTA members.
The President of the Union of Chambers of Commerce and Industry, Ms. Ines Mucostepa praised the positive impact of CEFTA on the economic development of the countries of the region, while emphasizing the increase of cooperation for elimination of barriers in the process of trade exchange as only one region without barriers can be attractive for foreign investors. 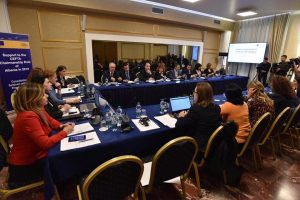 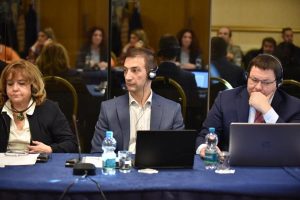