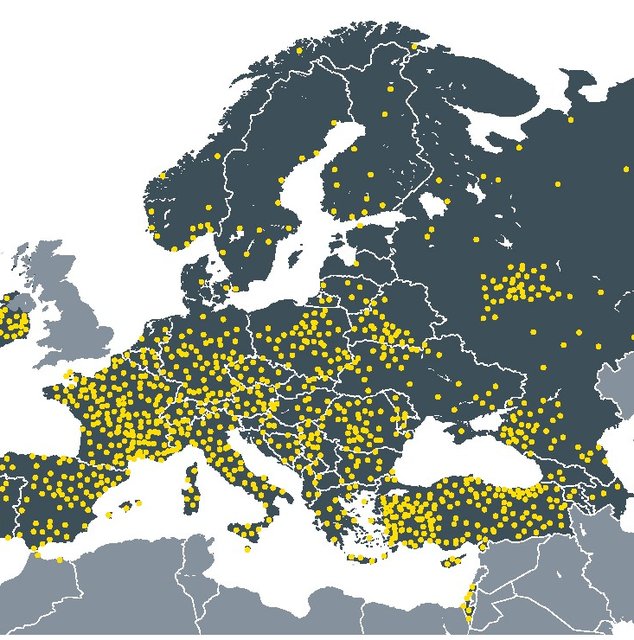 “About 20 million companies that are members of the chambers assembled in Eurochambres already see the business community of the Western Balkans as part of the European economy and want the economies of the Western Balkans to become part of the EU as soon as possible,” said Marko Cadez, President of the Chamber of Commerce and Industry of Serbia and President of the WB6 Chamber Investment Forum Managing Board.
The official document, in which the largest European business association outlines its views and recommendations for the internationalization of European business, as one of its key priorities, and on future relations with major players on the international economic scene, such as China and the US, African countries, particular emphasis was placed on cooperation with the Western Balkan economies.
“The Eurochambres, as the umbrella organization of 46 national and 1,700 regional and local chambers of commerce from across Europe, in a message to European institutions, welcomed the positive momentum and progress in the EU enlargement process in the Western Balkans and, together with the WB6 Chamber Investment Forum, called on them to strengthen their support to the region’s SMEs in digitizing their businesses, making better use of innovation potential, facilitating access to finance and adapting to EU rules and standards, so that they can enjoy concrete benefits from the European integration process as soon as possible, ” Cadez remarked.
At the same time, the Eurochambres and the WB6 Chamber Investment Forum have formally called upon the new European Commission to implement the agreements reached so far and to establish a joint business platform for the continued cooperation of the European institutions with the Western Balkans business community through which public-private dialogue will address issues relevant to the economy, such as trade facilitation, shorter cross-border procedures, more competitive status of our services industry, better access to funds …
The official announcement of the Eurochambres emphasizes the importance of activities to promote vocational training and work based learning, through dual education systems based on best EU practice. the Eurochambres and the WB6 Chamber Investment Forum propose to further strengthen business support mechanisms in the Western Balkans in line with the practices of developed countries, and to develop pre-accession programs and mechanisms foreseen under the European Structural and Investment Funds and the European Fund for Strategic Investments, including the enhancement of the investment framework for private sector development in the Western Balkans. The main goal is better access to finance for SMEs with high potential for growth and development.
The position of the Eurochambres is that partners from the Western Balkans should, wherever possible, be involved in various EU technical committees and European Commission task forces, especially those dealing with economic, financial and business standardization issues.

All of this, according to the document and statement, would help reduce the cost of the economy and further strengthen the competitiveness of the region.