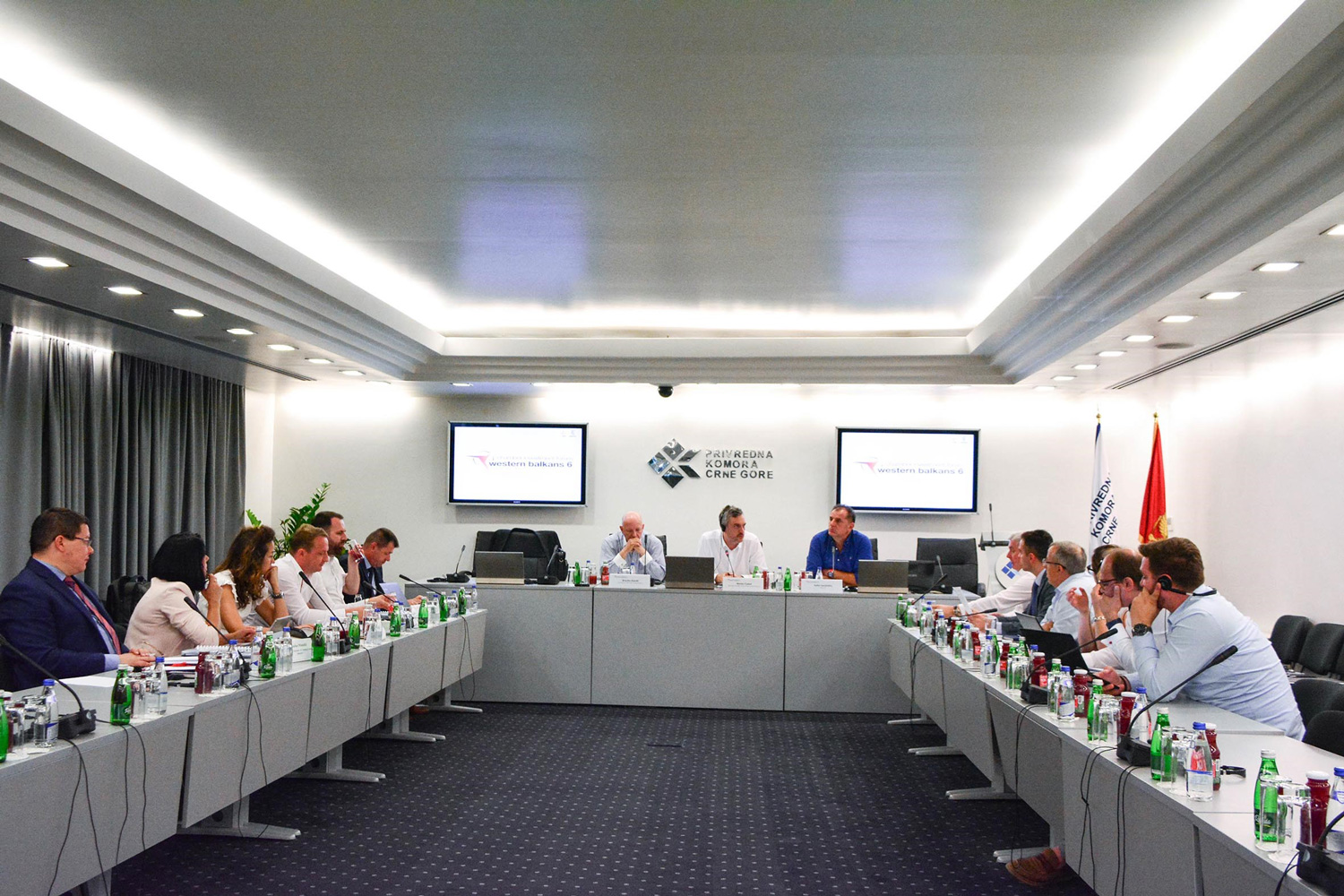 WB6 Managing Board meeting in Podgorica

The Presidents of the chambers of commerce of the Western Balkans 6 Chamber Investment Forum met in Podgorica for a session of the Managing Board, discussing the current issues and activities of the WB6 CIF. The Managing Board expressed concern over the fact that the region is investing in infrastructure but at the same building barriers to trade. Unfortunately, the political situation does not allow progress of the business community and eagerly expected creation of a more favourable business environment that would contribute to their competitiveness.

The Chamber Investment Forum and its founding members continue realizing projects and set goals, to the benefit of companies and the business community of the Western Balkans. In the following period, the priorities of WB6 CIF will be the creation of a package of products and services that will be designed in a way to provide benefit and be of use to companies from the Western Ballkans. Among other things, WB6 CIF will establish joint institutions, organize joint appearances in third markets, as well as strengthen cooperation with relevant institutions and organizations both in the region, and EU. Partnerships with EBRD, the European Commission, RCC, CEFTA Secretariat, GIZ, Austrian Development Agency, as well as partner chambers of WKO and DIHK, prove that WB6 CIF is a valued partner.

The Managing Board welcomes the commencement of joint border management of the Tabanovci-Presevo border crossing between the Republic of Serbia and North Macedonia on August 1st, which will greatly contribute to the faster flow of people and goods. The WB6 CIF Managing Board expresses the hope that the similar border crossings will be realized in the region, leading to a functional Regional Economic Area.

WB6 CIF also announced two forthcoming events in Sarajevo: a panel conference “Challenges of Exports” which will be held on August 29th within the “TOP 100 OF Bosnia and Herzegovina an the Region” project, followed by the Gala Ceremony of awarding the “TOP 100” companies from the Region that will be held on September 18th.