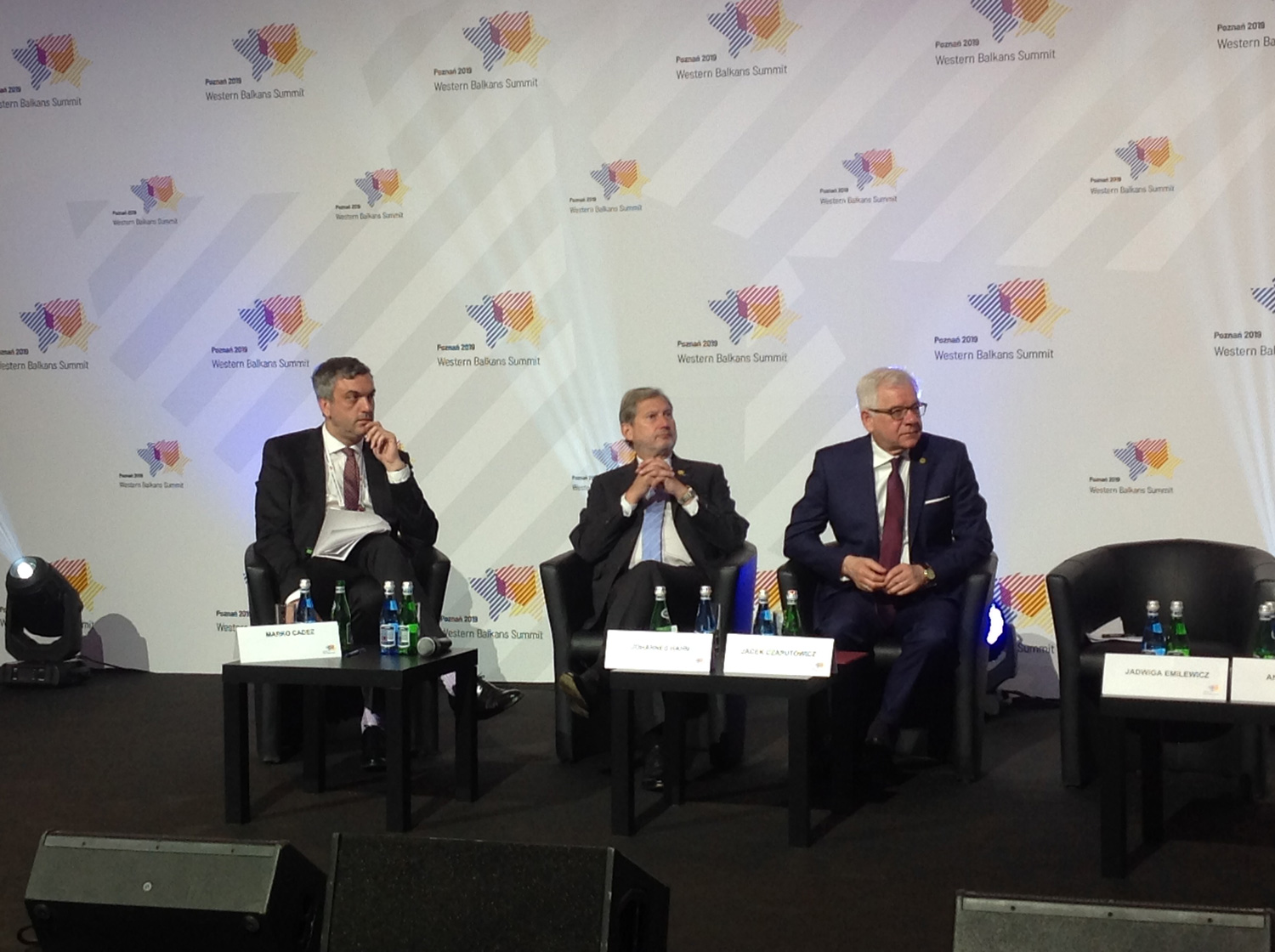 “Our economies produce more and more goods, the volume of inter-regional trade and trade with the EU is growing. We have to harmonize regulations, simplify procedures, harmonize our commitments, and focus on mutual recognition of so-called cross-border documentation, so that goods go smoothly across the entire region” it was pointed out by the Western Balkans Six Chamber Investment Forum.

In the Position paper, prepared for the Summit in Poznan, the WB6 CIF welcomed the progress achieved since last year’s summit in London, but also pointed out that, two years after the adoption of the Multi-Annual Action Plan for the Regional Economic Area (MAP REA), there is no tangible and realistic progress that would ease everyday business of WB companies.

WB6 CIF calls on Western Balkans governments, European institutions, EU member states of the Berlin Process to reach a consensus that will put the economic interests of the economy and citizens in front of the political, and to work together on a New Deal for the region.

This would allow the Western Balkans economies to begin to enjoy the benefits of a single economic area as soon as possible and to create conditions for faster regional growth of 7-8 percent per year.

The “New Deal” would include not only trade but all elements of the future common regional market, from harmonizing regulations, standards and practices, through investment policy issues, to digital connectivity and education systems.

“It is about forming a community according to the model of the European Economic Union, whose objective is to enable a customs union, create a common market, develop new common policies and provide political frameworks for deeper integration processes between the economies of the Western Balkans and facilitate the entry of the region into the European Union,” states the WB6 CIF Position Paper.

On the list of recommendations of the business community, besides simplification of regulations and procedures, synchronization and mutual recognition of documentation, removal of non-tariff barriers and other obstacles for faster and cheaper flow of goods and higher inflow of investments, there is also strengthening public-private dialogue, easier and better access to loans for small and medium enterprises and the development of alternative forms of financing.

The Western Balkans business community also calls for the implementation of the digital agenda, greater mobility of personnel within the region, and quality education accessible to everyone, including vocational education and training.