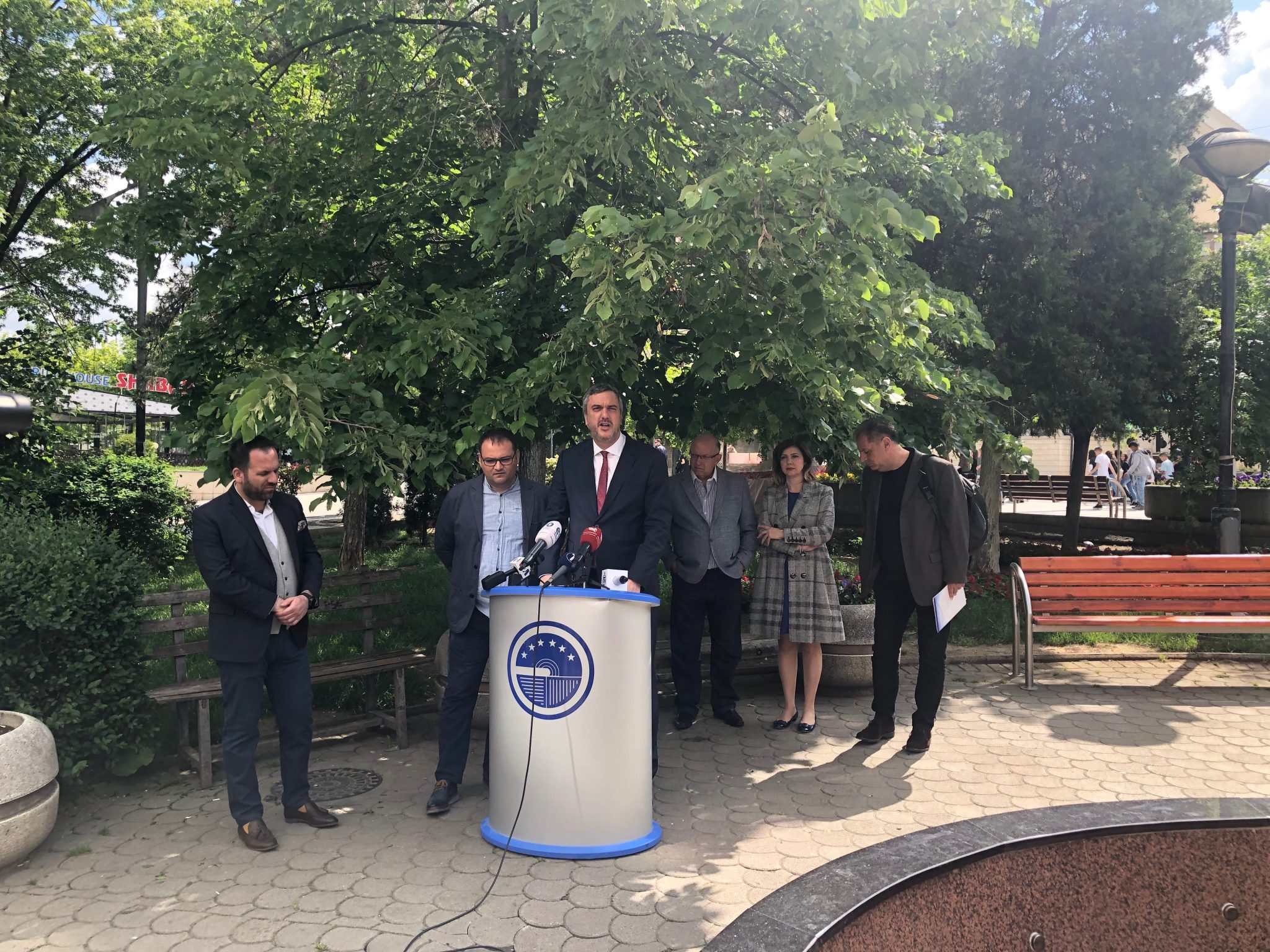 Economic cooperation is the only way to accelerate development

Said that the economic cooperation is the only way to ensure a faster development of the Western Balkan countries in preparation for their common goal – the European Union membership.

“The entrepreneurs would like to cooperate, and improve commercial and economic relations, while the governments of the region are expected to enable that,” Golubovic said at a meeting of the Western Balkan chambers of commerce organized by the Chamber Investment Forum (CIF).

At the meeting in Prishtina, representatives of the Western Balkan chambers of commerce agreed that waiting for the problems from the past to be resolved did not lead to the future, inviting the authorities to continue their dialogue.

PRISTINA, PRIZREN, May 25 – The Presidents of the Western Balkans Chambers of Commerce, founders of the Western Balkans 6 Chamber Investment Forum, held a meeting in Prishtina today expressing their strong belief that waiting for the problems from the past to be resolved did not lead to the future, inviting the authorities to continue their dialogue.

“Political relations are complex and maybe more difficult than 10 years ago, but it is very important that the economy continues to talk and to show politics what the future is, and waiting is not a future,” Marko Cadez, President of the Serbian Chamber of Commerce and Chairman of the Managing Board of WB6 CIF said.

Cadez added that The Innovation and Training Camp (ITP) in Prizren is a good platform for connecting companies in the region.

In this regional startup hub, in the near future young people will find their place and realize their innovative ideas making products for global technology companies” Cadez emphaised, and announced that he will be coming soon with the representatives of large companies from this sector, who will best help in project development

“We have received a paper that is now blank, and with German support, a chance to write a textbook for the future on it” said Čadež.

We want to show that we want the cooperation of the Balkan economies, and this innovation park is a model of cooperation, because we want to see companies from all over the region, Valdrin Luka, Minister of Economic Development in the Pristina government said, adding that the park is dedicated to the development of the IT sector, the food industry and tourism.

As representatives of the regional chambers announced, WB6 CIF will present the Western Balkans as a unique investment destination in front of more than 50 major international investors in London on June 18, in cooperation with the Financial Times.

In the beginning of July, in Poznan, at the Western Balkans Summit, within the Berlin Process, there will also be 30 major regional companies, five from each economy, who will present the potential of the region and have the opportunity to have a direct dialogue with representatives of governments and European institutions.

A joint platform for the dialogue of the business community of the Western Balkans with the European institutions responsible for policies and regulations important to the economy will be launched at the summit in Poland.

The chairman of the Kosovo Chamber of Commerce Berat Rukiqi, who hosted the meeting, said that this meeting in Prishtina confirms the commitment of WB6 CIF member chambers to the development of the private sector and the improvement of regional connections.

“The chambers are a good example of concrete and pragmatic cooperation for economic growth and creation of conditions for new jobs, and this is a way to promote the activities of the business communities while gathering political support for our efforts to improve regional cooperation,” Rukiqi said.

The President of the Economic Chamber of Macedonia, Branko Azeski, announced that each of the companies in the Western Balkans will receive a package of services and products of the joint regional chamber (WB6 CIF) and services from joint regional institutions in the next five years, such as regional arbitration and a regional credit bureau.

“We will insist on a joint meeting with the Prime Ministers and ask that the ministries for regional cooperation be established within two years”, Branko Azevski pointed out.

President of the Chamber of Economy of Montenegro, Vlastimir Golubovic emphasized that the economic cooperation is the only way to ensure a faster development of the Western Balkan countries in preparation for their common goal – the European Union membership.

“Businessmen want to cooperate, promote trade and economic ties, and our request to the Western Balkans governments is to enable it”, Golubovic pointed out.

The President of the Union of the Chambers of Commerce and Industry of Albania, Ines Mucostepa, assessed that WB6 CIF was the main outcome of the Berlin Process, and the Forum organized with the Financial Times in London is an excellent opportunity to present the potentials of the region.

WB6 CIF, with the Austrian, German and EU support, will soon begin the implementation of several multi-year projects that will enable the introduction and improvement of vocational education training, digitization of the economy and raising the competitiveness of companies in the Western Balkans.