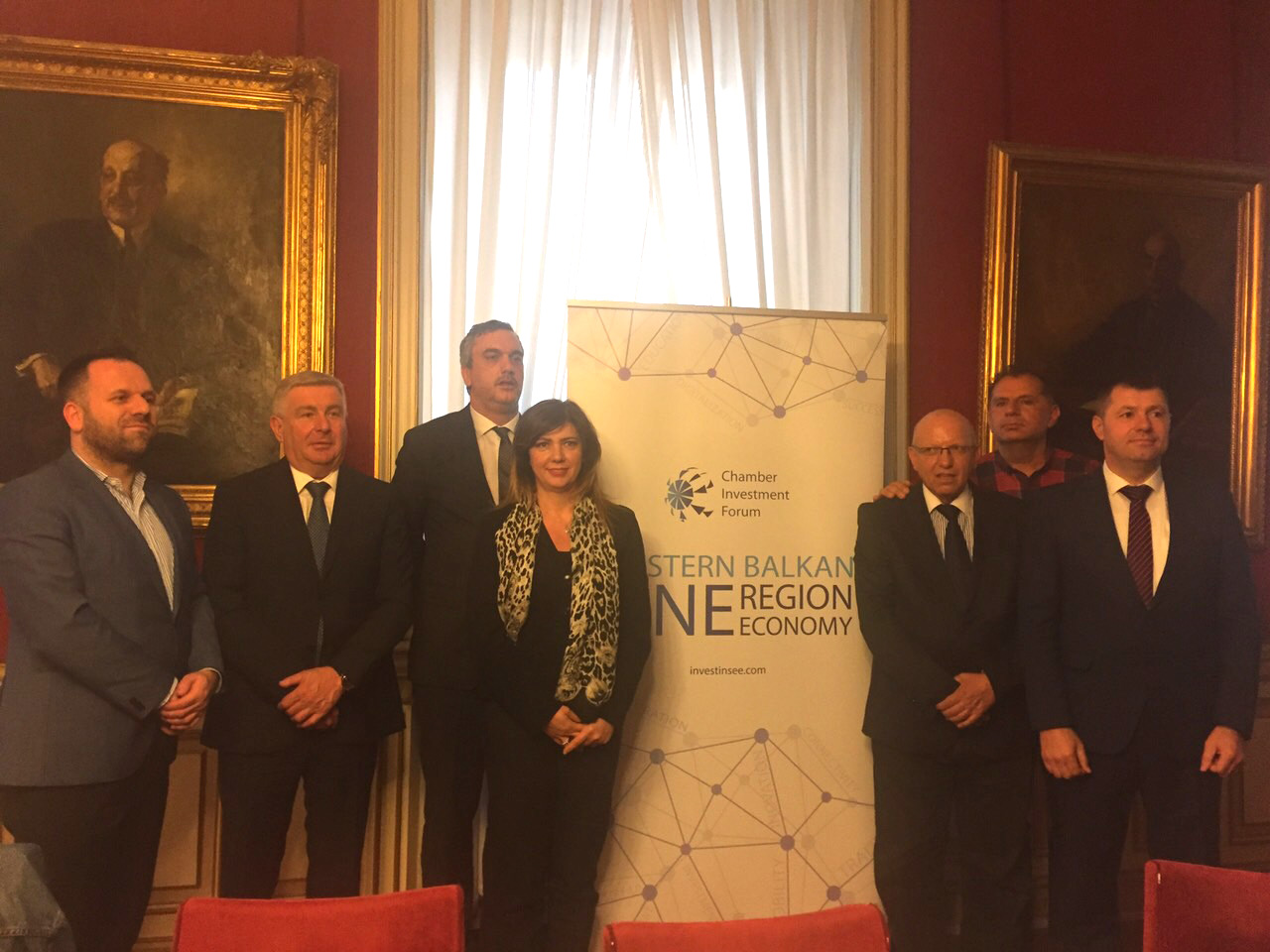 Regional platform for dialogue with EU

The business community of the region will actively participate in the upcoming Western Balkans Summit, to be held in Poland in July.

This was agreed today in Trieste, at the meeting of the Managing Board of the WB6 Chamber Investment Forum, chaired by Marko Cadez, President of the Chamber of Commerce and Industry of Serbia.

“We plan to present a joint platform for dialogue of the business community, 30 large regional companies – five from each economy, and companies from the EU, including more than 50 German and Austrian companies, with EU institutions in charge of business policies and regulations, “announced Cadez.

Through this platform, issues of importance to the economy will be addressed, such as facilitating trade, a more competitive status of our industry and services, shorter cross-border procedures, better access to finance …

On the eve of the Summit in Poznan, the WB6 Chamber Investment Forum will, in the words of Secretary General Safet Gerxhaliu, organize a business forum in London at the end of June in partnership with the Financial Times, in which the Western Balkans will be presented as a unique investment destination to the international business community.

With the aim of creating a better business environment and receive a greater inflow of investments, WB6 CIF will work to eliminate barriers, furthering the harmonization of regulations and practices, together with its partners.

The WB6 CIF Managing Board meeting was attended by Mr. Emir Djikic, Secretary General of the CEFTA Secretariat and Mrs. Tanja Boškovic from the Deutsche Gesellschaft für Internationale Zusammenarbeit (GIZ) GmbH Open Regional Fund for South-East Europe – Foreign Trade (ORF FT). A Memorandum on cooperation and joint activities on the synchronization of documentation was agreed, focusing on future activities on facilitating faster cross-border movement of goods in the region, mutual recognition of veterinary and phytosanitary certificates, and creating a single point of support for companies that want to become an authorized economic operator, which would significantly increase trade turnover.

The WB6 Chamber Investment Forum, will provide full support in the implementation of negotiated solutions and organize meetings of companies with representatives of customs of all Western Balkan economies. At the same time, the business community of the Western Balkans – members of the chambers gathered in the WB6 CIF, will advocate a new approach to the functioning of CEFTA and will work towards accountability in cases of the introduction of non-tariff barriers.

“As part of the development of new products and services of WB6 CIF, it was agreed to start with the establishment of a joint regional arbitration for the out-of-court settlement of company disputes, as well as activities to strengthen the startup community of the Western Balkan” announced Branko Azeski, Vice President of the Managing Board KIF and President of the Economic Chamber of Macedonia